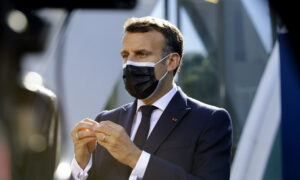 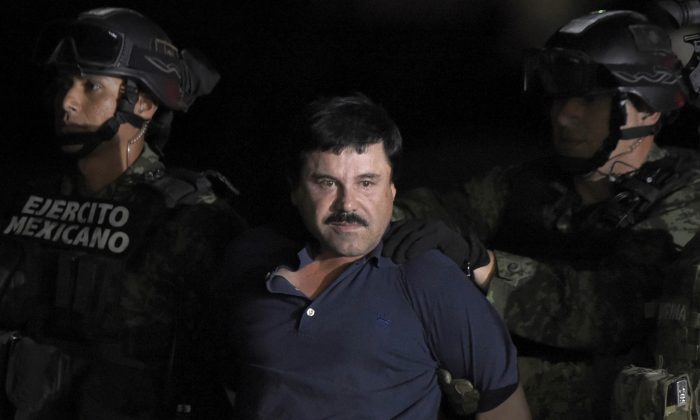 NEW YORK—The pool of potential jurors for the U.S. drug trafficking trial of accused Mexican drug lord Joaquin “El Chapo” Guzman continued to shrink on Nov. 6, with two people who expressed fears about their safety and one self-described “fan” of the defendant cut from the running.

A total of 10 potential jurors were excused from the case during the second day of jury selection in federal court in Brooklyn, New York.

Guzman, 61, watched from a table in the courtroom with his lawyers, wearing a dark suit and tie in place of the open-collared dress shirt he sported Nov. 5.

Guzman formerly led the Sinaloa Cartel, based in the Mexican state of Sinaloa, which became one of the most powerful drug trafficking organizations in the world. He was extradited to the United States from Mexico on Jan. 19, 2017, after escaping twice from Mexican prisons before being captured again.

A total of 27 people have so far been dismissed as potential jurors, out of nearly 60 who have been questioned. The 12 jurors and six alternate jurors eventually chosen will remain anonymous and be escorted to and from court by armed federal marshals during the trial, which is expected to last up to four months.

One of the people dismissed on Nov. 6 after expressing fear about the case said she had come across news reports that Guzman promised not to kill jurors, which made her “pretty anxious.”

One man was let go after saying he had “some emotions mixed with fear” about the case.

U.S. District Judge Brian Cogan, who is overseeing the case, said another woman told him privately, in tears, that her mother, with whom she lives, said they would have to “move and get a new house,” drawing a laugh from Guzman.

Cogan said the woman was worried the strain would affect her mother’s health, and excused her.

Cogan also reported that one man, who was allowed to stay after being questioned on Nov. 5, had asked a court officer if he could get Guzman’s autograph.

A prosecutor said he should be dismissed, while one of Guzman’s lawyers, Jeffrey Lichtman, initially objected.

“I have the autograph of Charles Manson, and the two leaders of Hamas, and obviously I’m not a big fan of them,” Lichtman said.

After Cogan called the man into the courtroom and asked why he wanted the autograph, he said: “I’m a bit of a fan.” He was dismissed.