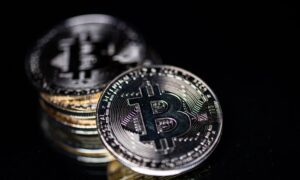 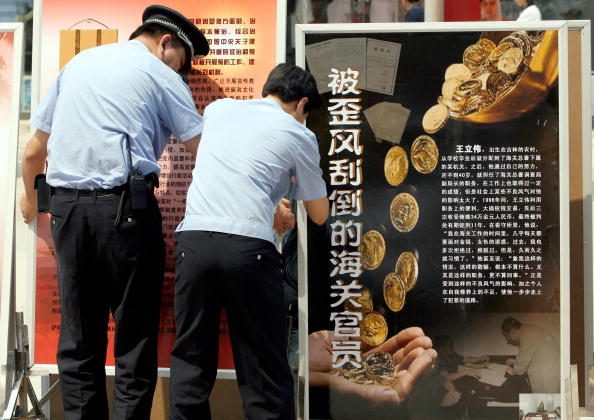 Since the demise of the Cali and Medellín cartels in Colombia in the 1990s, Mexican drug cartels now dominate the U.S. wholesale illicit market with more than 80 organizations. But despite 10,000 convictions regarding drug-related crimes, more high-level executives have been imprisoned in China.

Despite conducting business sanctioned by Chinese law, the risk and reward structure of rising high in one of China’s state-owned enterprises is similar to drug trafficking.

A Port City Embroiled in Scandal

In Chinese cities, the biggest state-owned enterprises are referred to as first class category companies, and in the coastal city of Shenzhen just across the border from Hong Kong, there are over 30 of them. In 1995, the Shenzhen city government selected the largest six of these companies to receive special support from the central regime. By 2005, the CEOs of all six were serving prison terms.

The picture across the city is also frightening. From 1995 to 2005, almost 80 percent of high-level executives in first class state-owned enterprises in the city of Shenzhen have been arrested at one point.

Many of the arrests were politically motivated and the businessmen became casualties in broader power struggles, usually at city and provincial levels. CEO Liu of Shenzhen YanTian Harbor Group received a sentence for accepting bribes totaling $100,000 during a seven-year period. However, he was one of the biggest contributors to the prosperity of this coastal city. If he were a government official or a local magistrate, this “relatively small” bribe would have been considered a nonissue for China.

But Shenzhen’s Yantian Harbor is one of the biggest ports in China, and everyone in government fell in love with this cash cow. So many influential people wanted to put their own relatives to work at the company. Looking back, given the political power games in China it is not difficult to understand why Liu was more vulnerable than the head of Mexican drug cartel.

On the other hand, if a CEO is the son or daughter of a powerful family, it is almost 100 percent guaranteed that this person remains untouchable.

Taking note of the examples in Shenzhen, elsewhere in the country other executives live in constant worry about their family’s safety. Most send their children abroad at a very early age.

But why are executives so vulnerable to arrest, even more so than members of drug cartels in an all-out war with different governments? The answer lies in China’s endemic system of corruption.

In the three decades after China opened up to the outside world, being an executive at a relatively large state-owned enterprise was never easy, but very lucrative. Because the position is ultimately decided upon by higher level government officials, corruption is almost universal. Therefore, a potential candidate has to constantly prepare valuable gifts for officials with the authority to make these appointments. As a close relative of an existing high-ranking government official, this route was not necessary.

But it doesn’t stop there. Once a businessman is in the CEO position, more money is needed to bribe officials so the enterprise can function normally without undue harassment. In addition, other candidates will always want to replace the incumbent and do not shy away from using underhanded means.

Americans are familiar with the scandal surrounding Tyco International, at the time when Dennis Kozlowski was CEO. In China, this type of situation happens far more frequently, except in many cases government officials and judges are bribed to tolerate this type of behavior. Because the money has to come from somewhere, the executive has to find the cash to pay the bribes, making him a target for corruption charges. At the same time, he is a golden goose for bribe recipients.

Once an executive is in position, he has to ensure that higher authorities do not find out about his embezzlement and bribing activities. At the same time he needs to be quick to enrich himself so that he is able to give his children a brighter future living and studying abroad. If he is lucky, he will make a timely exit with a nice house in Vancouver, British Columbia.

Therefore, being a high-level executive is short-lived. The executive can also send bribes to higher government officials to buy insurance. If something did happen, the higher official could protect him.

However, this insurance policy is costly. Every five years new government officials are appointed. The new leadership generally prefers to promote its own associates and the easiest way to get rid of the incumbent is to charge him with corruption.

So why risk one’s life to chase a position in high-level management? The main reason is money, which is especially tempting for a majority of Chinese people living in relative poverty. It’s a gamble they’re willing to take.

Unfortunately, many CEOs understand too late that government officials often treat such positions as a golden goose that can be replaced at any time.