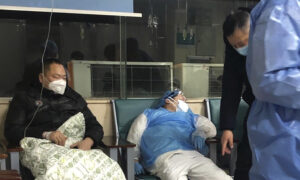 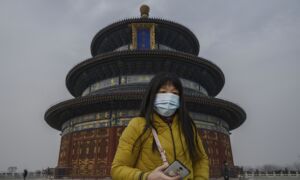 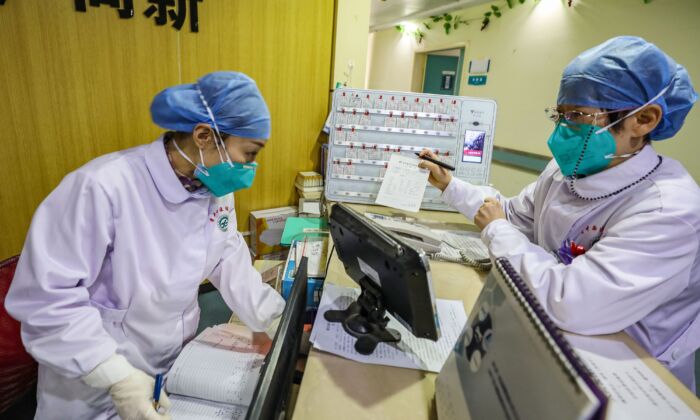 As the coronavirus spreads further in China, more cities are scrambling to contain the virus by restricting people’s movements.

In the past few weeks, the viral pneumonia has quickly spread from Wuhan City, Hubei Province, where the disease first broke out, to all of China and more than 20 countries and regions. Official figures report more than ten thousand confirmed cases, but Wuhan residents say that the true scale of the outbreak is far worse than what authorities described.

About 560 miles away from Wuhan, the city of Wenzhou in Zhejiang Province, located on the country’s southeastern coast, has begun issuing travel restrictions.

The city, which has 8.29 million residents according to the latest official statistics, shut down its public transportation system on Feb. 1.

The following day, the city government published two new regulations. The first rule requires that only one person within each family household can go outdoors to shop for basic necessities. In addition, that designated person can only go out once every two days.

“No other travel is allowed except to get medical treatment; do tasks related to disease control; and for people who work in important sectors related to people’s livelihood.”

The second regulation shut 46 of the city’s 55 highway entrances as of 10 a.m. Feb. 2. People wishing to use the highway can only use the nine permitted entrances.

Other cities in Zhejiang also published similar travel bans, such as Yiwu and Wenling, on the same day. Yiwu also banned people without a local “hukou,” or household registration, from entering the city.

In the epicenter of Wuhan and other cities in Hubei Province, roads have been closed and checkpoints set up to prevent vehicles from traveling.

For example, the Huanggang City government announced on Jan. 30 that no vehicles can use the roads, except “those for outbreak prevention and control, medical rescue, basic needs, and emergency rescue.”

In Wuhan, scores have died from the virus.

On Feb. 1, Chinese dissident Han Lianchao posted an official notice from the Chinese Funeral Association, which was originally published on an internal news bulletin earlier that day.

The notice asked for other funeral homes around the country to donate supplies to funeral homes in Wuhan, such as body bags, goggles, protective suits, and disinfectants.

Before the outbreak, the business operated its cremation chambers for four hours per day, five days per week, the report said.

On Feb. 2, Wuhan health authorities released a notice explaining that each district government will arrange all diagnosed coronavirus patients; patients suspected of contracting the coronavirus; patients who have a fever; and the close contacts of coronavirus patients to be quarantined inside hospitals and hotels, where they will receive treatment. The addition of facilities that were not previously designated to treat coronavirus patients indicates that the outbreak has become more severe.

On social media, family members of the quarantined patients said that conditions inside the facilities are poor, with many not receiving proper treatment.

Chinese independent magazine Caijing also reported on Jan. 31 that coronavirus patients in Wuhan are having difficulty receiving treatment due to all hospitals being at capacity.

The report quoted a doctor who has treated patients in a Wuhan hospital since Jan. 21: “Our hospital beds are fully occupied by patients, medical staff have to work day and night, and many of us have infected each other with the virus.”

He said there are 10 doctors and 20 nurses working in his department. By Jan. 29, seven of them were diagnosed with the novel coronavirus. Furthermore, 61 medical staff from the hospital were diagnosed by Jan. 27.

The doctor said they lack human resources and medical supplies. Because of the limited hospital beds, most of the patients cannot be treated at the hospital.

And although the medical staff believe the patients to be infected with the coronavirus, they cannot fully diagnose them.

“Our hospital has 600 beds for coronavirus patients… [The city government] only allows each department to use diagnosis kits to detect three to five patients every day… In other words, most of our 600 patients can only be designated as possible cases,” the doctor explained.

The doctor said that only when one of the hospitalized patients have died and a bed has been freed up, can they arrange for a patient in very severe condition to be treated in the hospital.