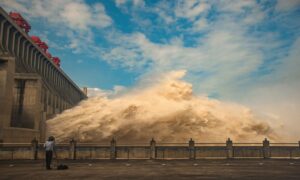 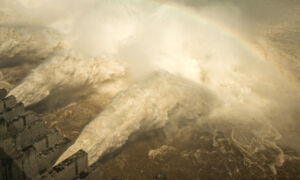 The city of Yining was reportedly shut down in the middle of night. This is the second city in Xinjiang province that has been shutdown, with the other city being Urumqi.

While Urumqi city has been placed on lockdown, the number of confirmed virus cases is continuing to rise. According to a report from the Xinjiang Uyghur Health Commission, since July 26, there have been 41 newly confirmed CCP virus cases in the Xinjiang Uyghur area (including Xinjiang Production and Construction Corps), all of which were in Urumqi. 38 out of the 41 new cases were asymptomatic, and there are now 8795 people under observation. And of course, keep in mind the CCP has repeatedly played down its numbers.

And now, an official announcement is saying the a third wave flood has formed upstream on the Yangtze River.