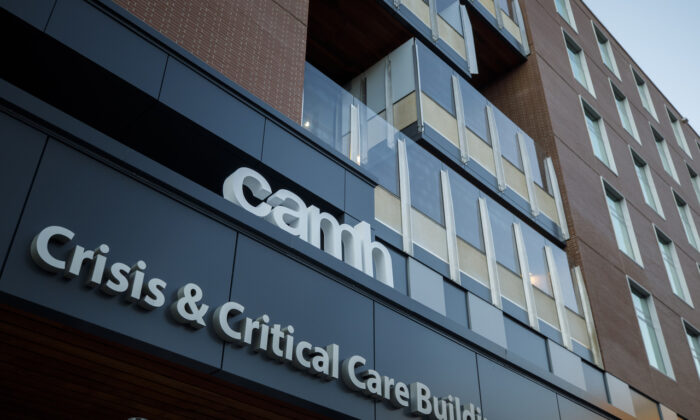 As the COVID-19 pandemic stretches into its third year, Canadians are experiencing negative emotions such as anxiety and depression, with a growing number struggling with mental health conditions, two new surveys show.

An Angus Reid Institute (ARI) survey released Jan. 24 found that out of the 1,509 adults polled, one-in-three (36 percent) Canadians say they are struggling with mental health conditions—an increase from the one-quarter who reported such conditions in November 2021.

Seven percent of Canadians say they have been feeling terrible, or “barely getting by,” when it comes to their mental health in dealing with the pandemic, which is more than double the number measured at any point since October 2020, the survey found.

Residents in Ontario (41 percent) and Saskatchewan and Manitoba (39 percent) are the most likely to have been struggling with poor pandemic-related mental health in recent weeks, but at least three-in-ten in all regions across the country report “feeling not good or terrible.”

Three-in-ten Canadians say they regularly speak about their mental health with friends (30 percent) or family (32 percent). However, men aged 55 and older rarely have these conversations, with just 11 percent in this demographic group saying they talk to friends about their mental health, and 23 percent talk to their family. Women aged 18 to 54 are more likely to share their conditions with friends and family, though fewer than half say they do so regularly.

The survey says conversations with loved ones “take on more importance” considering its findings that one-in-three Canadians (35 percent) report depression and anxiety being a major problem among those in their social circle, and another 48 percent say it’s an issue they’re exposed to.

Notably, of those who perceive these negative emotions in their friends and families, a full two-thirds (66 percent) say the conditions have worsened during the pandemic.

When asked to describe how they were feeling in recent weeks, a significant portion of the respondents reported negative emotions.

Roughly one-in-ten (12 percent) describe themselves as feeling “happy,” and 13 percent say they have been “optimistic.”

As the pandemic drags on, alcoholism and drug abuse have increased, with close to half (47 percent) of Canadians saying that alcohol abuse is a problem among their social circle, and another 29 percent say so about drug addiction.

The findings from the ARI survey echo a survey conducted by Toronto’s Centre for Addiction and Mental Health (CAMH), which has also found that the number of adult Canadians who are reporting moderate to severe levels of anxiety, loneliness, or depression is now as high as it was early in the pandemic.

The survey is CAMH’s ninth in a series of studies of Canadians’ pandemic health and substance use. The latest surveyed 1,004 Canadians aged 18 and older from Jan. 7–11.

CAMH found that a quarter (25.1 percent) of participants reported feeling moderate to severe anxiety, which it says is “significantly higher” than the 19 percent reported in the previous survey completed in July 2021.

“After all of the ups and downs of the pandemic, in terms of the overall mental health of Canadians, in many ways we are right back to where we were two years ago,” Dr. Hayley Hamilton, survey co-lead and senior scientist at the Institute for Mental Health Policy Research, said in a press release.

The survey says frontline workers who are more likely exposed to COVID-19 reported large increases in adverse mental health symptoms, with 37 percent reporting moderate to severe anxiety compared to 23.5 percent last summer, and 35.7 percent reporting feelings of depression compared to 24.8 percent last summer, which are the highest levels recorded since the pandemic began.

“While people are incredibly resilient, as this pandemic wears on it’s the people working on the frontlines who are among the most affected,” Dr. Samantha Wells, survey co-lead and senior director at the Institute for Mental Health Policy Research at CAMH, said in the press release.

“Many, especially those in the health care sector, face significant stressors and unfortunately they risk reaching the point of burnout. Many people will eventually recover, but others may suffer. We need to make sure there are supports for those most affected.”