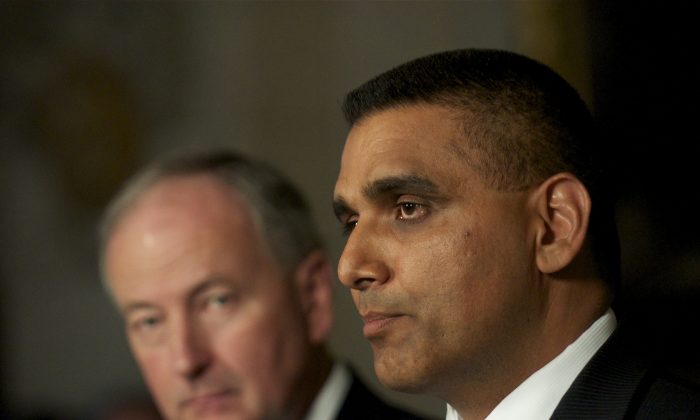 PARLIAMENT HILL—Historically, private members’ bills have rarely been more than a symbolic affair and often of little relevance. Not any more.

While the government controls the legislative agenda, individual MPs can introduce their own bills on the very slim chance they might be passed and become law. But in recent years, that slim chance has increased dramatically, as has the significance of the bills passed.

That caveat would be to exclude bills that simply change the name of a riding. Only two previous parliaments passed more PMBs but they were significant anomalies, and the bills were almost entirely to change the names of ridings. Historically, a majority of PMBs were for that purpose.

These days, PMBs are amending the criminal code, launching suicide prevention strategies, and addressing international issues like bulk water exports from lakes and rivers that border the U.S.

That trend has raised some concerns about how the PMB system is implemented, with critics alleging the government is using PMBs to fast-track legislation because the bills have limited time for debate.

Most of the PMBs that pass come from government MPs, and many dovetail nicely with government priorities. Some—such as Tory MP Parm Gill’s bill to outlaw recruiting young people to join criminal groups—are even endorsed by the government. Gill announced his bill a year ago with Justice Minister Rob Nicholson by his side and last week, Nicholson was by his side repeating the government’s support as Gill’s bill went to the Senate.

As of Wednesday, 309 PMBs have been officially introduced in the current Parliament. Of those, only 29 have seen more than their introductory debate, which is all the debate the vast majority will ever see. Of that 29, 24 are from Conservative MPs, 2 are from NDP MPs, 2 are from Liberals, and 1 is from a Bloc Quebecois MP.

So far, nine of those have passed, a record number for any session of Parliament. Senators can also introduce PMBs, and in this session, two have passed.

Parliamentary expert Ned Franks says it is not unusual for the government to ask its MPs to table bills that dovetail with its agenda, but perhaps not on the scale that the Conservatives seem to have done it.

“It gives them more openings to introduce bills,” he explained.

Franks said the Conservatives have used every lever to set Parliament to the party’s agenda.

PMBs With an Agenda?

There is another reason to have MPs introduce bills privately, said Franks, and that is so the government can distance itself from the legislation.

“That way it is not the party that is going to get criticized, it is the member.”

NDP MPs accused the Conservatives of taking that tack when Stephen Woodworth tried to advance legislation to study the development of a human fetus and the definition of when human life begins. While Prime Minister Stephen Harper has been adamant against re-opening the abortion debate, opposition MPs suggested Woodworth’s motion was a backdoor effort to do just that.

While the above example is far-fetched, other private members bills obviously sit well with the government and seem to fit well with its broader agenda, though not officially endorsed. Tory MP Russ Hieberts bill, now finishing up in the Senate, will force unions to open their books to an unprecedented degree and plays into the broader Conservative effort to reign in unions.

Sometimes, PMBs that align with government priorities are simply a reflection of an individual MP’s alignment with party priorities. Joy Smith’s passionate campaign against human trafficking included a PMB that passed in 2012 to crack down on Canadians trafficking people outside Canada.

Other PMBs reflect regional interests. Dan Albas’ bill to make it easier to import wine from other provinces reflects the priorities of wine producers in his Okanagan constituency in B.C. It also works with Tory efforts to ease inter-provincial trade.

Sometimes though, a PMB is just a chance to score points with constituents, notes Nik Nanos, president and CEO of polling firm Nanos Research.

Nanos suspects part of the rise of PMBs is due to the tighter grip the Conservatives have on committees—a venue opposition parties and individual MPs once used more freely to raise issues outside the government agenda.

Nelson Wiseman, a political science professor at the University of Toronto, notes that rule changes are partly responsible for the rise in PMBs. Most PMBs introduced before 1994 were “talked out,” with opposing MPs running the clock during the bill’s guaranteed debate time so there was no chance to call a vote.

Wiseman doesn’t think the increase in PMBs is all that significant, in and of itself.

“What is more important than the number of bills that have gotten through is the content of the bills.”

Bills to mark a certain day, such as Seniors Day, which one PMB does, are not as significant as those that would amend the criminal code, he noted.

“The number is irrelevant. You could have one that really shakes things up—only one—and 50 that have no consequence.”

From that perspective the Conservatives have been raising the stakes and no doubt see that as making good use of their time in government, though critics probably wish the Tories weren’t quite so effective.