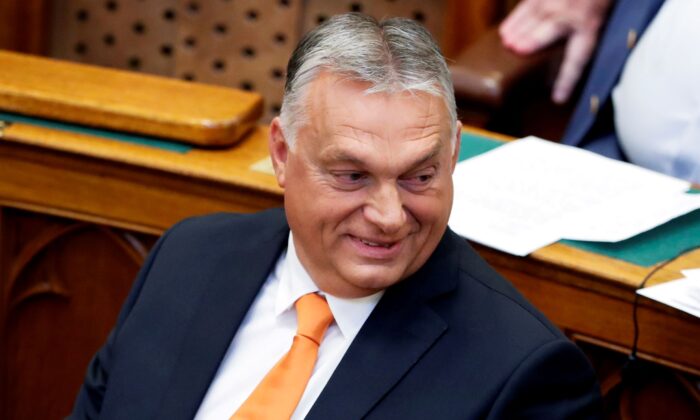 BUDAPEST—Ratings agency Moody’s late on Friday raised Hungary’s sovereign credit rating to ‘Baa2’ from ‘Baa3’ on the economy’s strong rebound from the pandemic, which comes as a boon to Prime Minister Viktor Orban amid a campaign for early 2022 elections.

Orban, the country’s longest-serving leader since Communist times, faces what could be Hungary’s first tight election in more than a decade.

Ramping up his campaign, Orban has showered the electorate with handouts, including a $2 billion income tax rebate for families, waiving income tax for young workers, home renovation grants, and extra pension payments.

The nationalist leader has also stepped up his anti-immigration campaign following the Taliban takeover of power in Afghanistan and has grown increasingly radical on social policy to protect what he says are traditional Christian values from Western liberalism.

Orban says the strong recovery allows the extra spending, despite calls from the central bank to rein in Hungary’s budget deficit faster.

Moody’s said the projected strong growth rebound and medium-term outlook over the coming years will “support fiscal consolidation and reduction in the government’s debt burden.”

“Overall, Moody’s expects only very limited scarring from the coronavirus pandemic,” the agency said in its statement.

The recovery has accelerated since the second quarter, helped by fiscal and monetary stimulus which has boosted loans to companies and households.

The central bank expects a “positive credit rating path” ahead for the economy after the upgrade, it said on Saturday.

An August survey by think tank Zavecz Research put support for Orban’s Fidesz party at 37 percent of all voters, while combined support for the six opposition parties stood at 39 percent.

The six-party Hungarian opposition alliance is currently running a first round of primary elections to pick Orban’s challenger.

They have criticised the government for alleged corruption, surging prices, and a widening wealth gap.