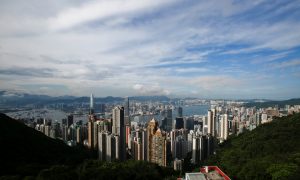 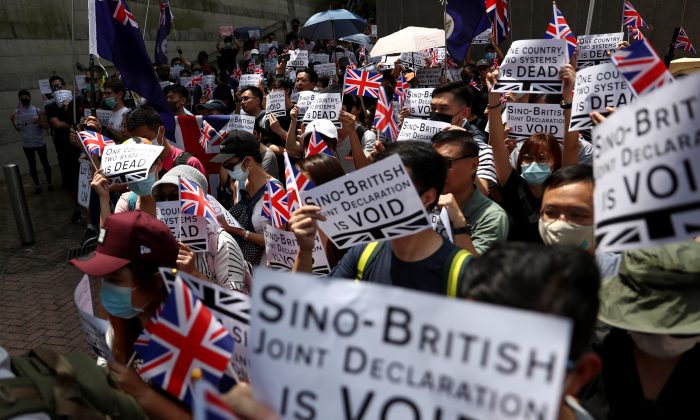 HONG KONG—Credit rating agency Moody’s changed its outlook on Hong Kong’s rating to negative from stable on Sept. 16, reflecting what it called the rising risk of “an erosion in the strength of Hong Kong’s institutions” amid the city’s ongoing protests.

“Moody’s has previously noted that a downgrade could be triggered by a shift in the current equilibrium between the SAR’s (Special Administrative Region’s) economic proximity to and legal and regulatory distance from China,” Moody’s said in a statement.

“The decision to change Hong Kong’s outlook to negative signals rising concern that this shift is happening, notwithstanding recent moves by Hong Kong’s government to accommodate some of the demonstrators’ demands.”

“In spite of the concern over the recent social incidents, Hong Kong’s financial markets and its banking system have been functioning normally in the past few months. The Linked Exchange Rate System has been operating smoothly. Banks remain well capitalized with ample liquidity,” he said in a statement.

On Sunday, protests descended into violence in some of the Chinese territory’s busiest shopping and tourist districts. The demonstrations were the latest in over three months of sometimes violent protests.

Hong Kong’s leader, Carrie Lam, told a group of businessmen in late August that her “political room for maneuvering is very, very, very limited,” because the unrest has become a national security and sovereignty issue for China.

The longer the standoff continues, the greater the risk that Hong Kong’s attractiveness as a global economic and financial center would be diminished, Moody’s said. Dwindling capacity for the government to implement certain policies could “undermine key drivers of its competitiveness and macroeconomic stability.”

It said it would “likely downgrade Hong Kong’s rating” if it concluded the protests, or measures taken by the Hong Kong government to resolve them, were likely to damage Hong Kong’s medium-term economic prospects, or “signify an erosion in the predictability and effectiveness of its governing, judicial and policymaking institutions.”

Gary Ng, an economist at Natixis in Hong Kong, said the rating action by the rating agencies was an early indicator and warning signal.

“I don’t think there will be aggressive markets in the short run. The impact will come in the medium term. Some quasi-government agencies may need to pay higher funding costs should the third credit rating agency (S&P) downgrade Hong Kong.”