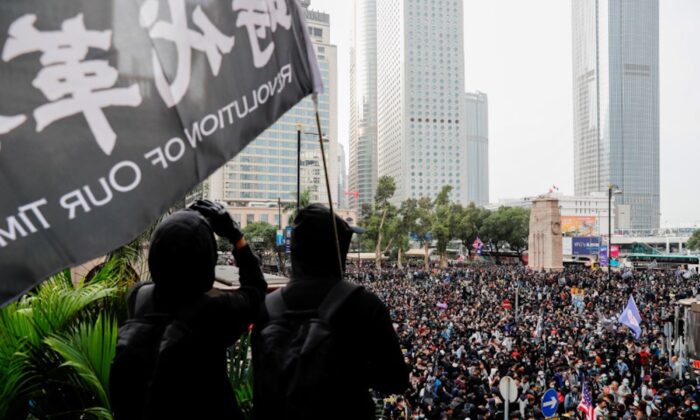 Protesters attend a rally to call for democratic reforms in Hong Kong, China on Jan. 19, 2020. (Tyrone Siu/Reuters)
By Reuters

Moody’s downgraded Hong Kong’s credit rating one notch to “Aa3” from “Aa2” on Jan. 20, saying its view on the strength in the Chinese-ruled city’s institutions and governance is “lower than previously estimated.”

The agency, however, moved its outlook to stable from negative.

“The absence of tangible plans to address either the political or economic and social concerns of the Hong Kong population that have come to the fore in the past nine months may reflect weaker inherent institutional capacity than Moody’s had previously assessed,” the agency said in a statement.

The agency also said that there has been a lack of clarity from Hong Kong’s government on its response to the direct council elections late last year that saw pro-democracy candidates win by record numbers.

In a statement on Tuesday, Hong Kong’s government said it strongly disagreed with Moody’s assessment and was “deeply disappointed” by the decision.

The agency’s move comes as many Hongkongers continue to take to the streets, with thousands gathering in a central park on Sunday calling for democratic reforms leading to clashes with the police.

Protests escalated in June over a since-withdrawn bill which would have allowed extraditions to mainland China, where courts are controlled by the Communist Party. They have since broadened to several demands, including universal suffrage.

Moody’s called the response by Hong Kong’s government to political demands by parts of the population and concerns about living standards, housing costs and equality of economic opportunities to be “notably slow, tentative and inconclusive.”

“The persistent social unrest reflects that there are deep-seated problems in society in Hong Kong, on which the Government will conduct an independent review soon,” the government statement said.

By Akshay Balan and Donny Kwok