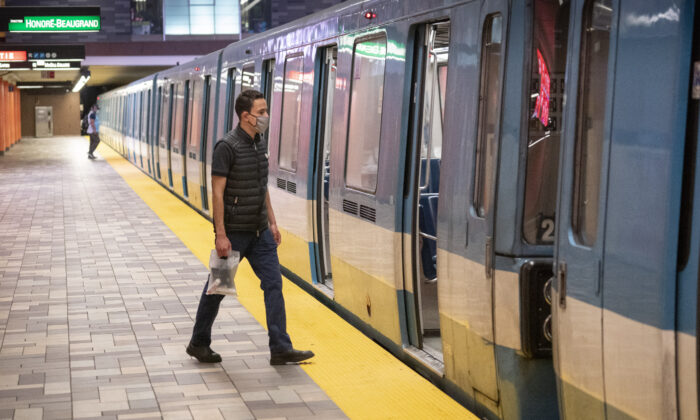 A commuter boards a subway train from an empty platform in Montreal, May 25, 2020. (The Canadian Press/Paul Chiasson)
Canada

Officials say the long-planned extension of a Montreal subway line will now open in 2029 and cost some $6.4 billion.

Representatives of all three levels of government were on hand to announce the latest plans for the extension of the metro’s blue line, which has been in discussion for decades.

Four years ago, then-premier Philippe Couillard was joined by Prime Minister Pierre Trudeau to announce that five stations serving the city’s east end would be complete by 2026 at a cost $3.9 billion.

The extension of the blue line has been discussed, in various forms, since 1979.