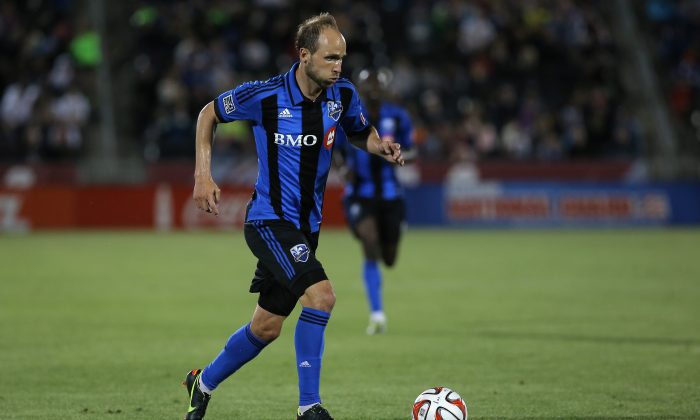 Justin Mapp #21 of the Montreal Impact controls the ball against the the Colorado Rapids at Dick's Sporting Goods Park on May 24, 2014 in Commerce City, Colorado. The Rapids defeated the Impact 4-1. (Photo by Doug Pensinger/Getty Images)
Soccer

Montreal Impact will take on Portland Timbers in an MLS regular season match.

The game will be broadcast on TVA Sports in Canada.

Live streaming is available on MLS Live and UnivisionDeportes.com.

Montreal are 7/4 to win, while Portland Timbers are 13/8 to win as per OddsChecker.

Despite entering the match after a fourth consecutive defeat on Thursday, coach Klopas remains optimistic.

“It’s about getting guys in the right moment,” said Klopas.

“We have to assess how guys are feeling.

“We’re playing another good team that has a lot of quality in the final third.”