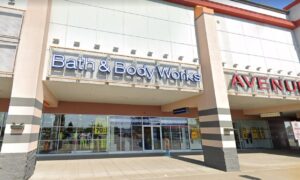 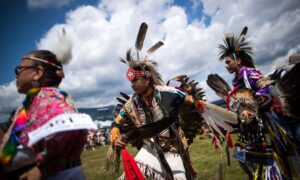 The Myth of Canada’s Indigenous Garden of Eden
0 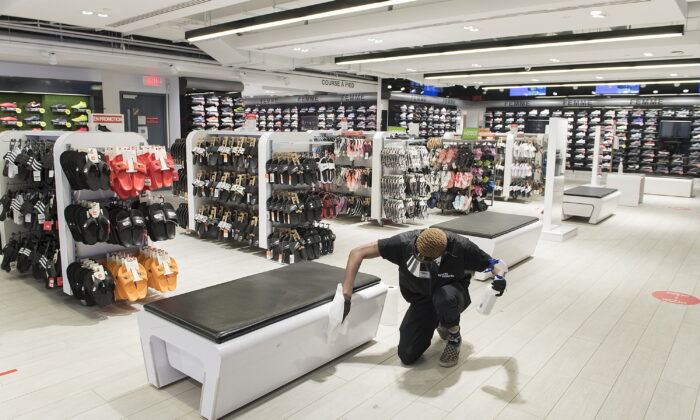 Liam Slater Oda, an employee with Sports Experts disenfects a bench at the store on Sainte-Catherine street in Montreal, on May 24, 2020. THE CANADIAN PRESS/Graham Hughes
WORLD

Montreal-Area Retailers Opening Up to the Public, With Distancing Measures in Place

MONTREAL—Many retail stores in Montreal area opened their doors on May 25 for the first time since March, with customers being asked to remain spaced apart and follow hygiene protocols.

Mask-wearing, Plexiglas barriers, frequent disinfecting and no-touch browsing were some of the measures put in place by retailers as Quebec eased restrictions imposed to contain the spread of COVID-19.

By 10:30 a.m., dozens of people were lined up outside a downtown Zara outlet, many eager to get summer clothes.

They were greeted at the door by masked employees and a hand-sanitizing station, while a sign warned that the number of customers would be limited.

Zuleyha Sen said she was going to get new clothes for her almost eight-year-old son. She said he’d grown since last year, and online orders have been delayed due to the pandemic.

“I won’t go in for a long time, I’m just hoping to grab several things,” she said.

Premier Francois Legault is allowing retail stores in the hard-hit region to reopen, as long as they can be accessed directly from outside and customers can keep a distance from one another.

The province has repeatedly urged customers to wear non-medical face masks when out in public but has stopped short of making them mandatory.

Some store owners say they’re adapting to the new reality by limiting customers, offering appointments and offering contactless pay and options to collect orders made online.

Despite the high numbers of COVID-19 cases in Montreal, another woman in line at the Zara store, Irina Vasiliu, said she had no qualms about shopping. She said she felt a retail store was no more dangerous than grocery shopping and trusted the government officials that gave the green light.

Nevertheless, she said she already knew what she needed and wouldn’t do any unnecessary browsing.

While many of those waiting in line wore masks, both Sen and Vasiliu said they felt safe without them.