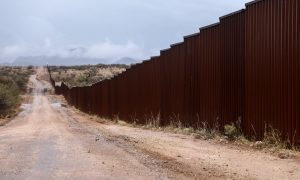 US–Mexico Border Wall Would Pay for Itself, Study Shows
0 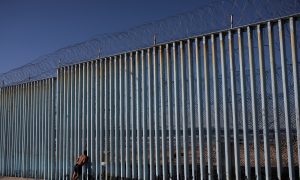 A Montana lawmaker says that the state should help pay for the southern border wall.

President Donald Trump is seeking $5.7 billion in funding for the border wall, but Democrats have refused to give him any money for the wall, leading to the current partial government shutdown.

Sales said that he would introduce the legislation despite a likely veto by Democratic Gov. Steve Bullock if it passes the Senate.

“If the governor just wants to veto it, out of hand, that’s his prerogative. But he has ideas that he thinks that are of state importance, and I happen to think this does, too,” he told MTN. “It’s a sincere effort. This isn’t something I’m doing on a whim to try to garner a headline. I’ve supported this concept (and) I think a lot of Americans voted for President Trump, and Montanans, on this one concept alone.”

Bullock said he respects Sales, but “I don’t know that he has ever strongly advocated for or supported infrastructure investments in Montana, so it’s a little bit of a puzzle for me why he would even consider spending taxpayer dollars on construction projects in California.”

The wall would span parts of California, Arizona, New Mexico, and Texas. Bullock would not commit to vetoing the bill if it lands on his desk.

“State dollars are a finite resource; we had draconian cuts for human services,” he told MTN. “Yet we’re going to send money out-of-state for some unknown reason. It just doesn’t make any sense.”

Trump defeated Hillary Clinton in Montana by 20 (Herica Martinez/AFP/Getty Images)oints but the state re-elected Sen. Jon Tester (D-Mont.) in the midterm elections despite Trump’s multiple rallies for Tester’s opponent across the state.

Tester is one of at least four Democrats who said while campaigning for the midterms that they support the wall.