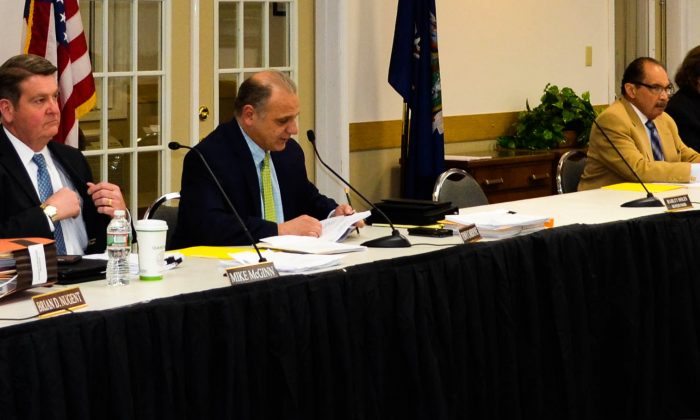 MONROE—The Monroe Town Board met at the Senior Center in Monroe on March 7, without its supervisor. Harley Doles was expected to return from an extended medical leave but his seat on the board was vacant when the board was called to order.

Councilman Gerard McQuade Jr. announced to the board that Doles was “not feeling well” and would not be present.

The meeting was chaired by acting Supervisor Anthony Cardone who went through each item of the agenda as published. The meeting hall was filled to capacity—about 150 people watched the proceedings, often calling out when McQuade spoke. Cardone insisted on decorum several times.

Cardone questioned several bills, which were held until more adequately explained. The board discussed firms to provide a comprehensive audit of town records, which had not been done for several years.