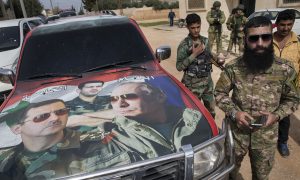 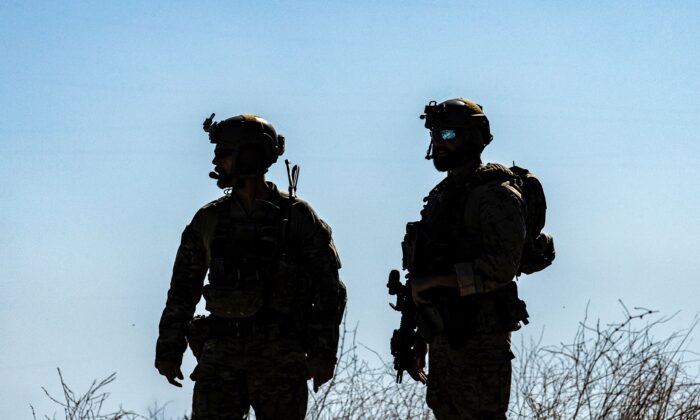 Revenue from oil fields in northern Syria will go to the Syrian Defense Forces, or SDF.

“The revenue from this is not going to the U.S., this is going to the SDF,” Pentagon spokesman Jonathan Hoffman told reporters in Washington, referring to the Kurdish-led group.

The SDF is still our partners and “we are still working with them in our fight against ISIS and we’re still going to provide them with the support and ability to be able to continue that fight,” Hoffman said.

President Donald Trump has referred to his intentions with the oil fields multiple times, including after announcing the death of ISIS leader Abu Bakr al-Baghdadi on Oct. 27.

“We are leaving soldiers to secure the oil. And we may have to fight for the oil. It’s okay. Maybe somebody else wants the oil, in which case they have a hell of a fight. But there’s massive amounts of oil,” Trump said.

The president said that American forces were stopping ISIS from gaining access to the fields and that the forces would protect the oil fields from groups making unfair claims as a way to assist the Kurds. He also suggested American companies could enter the space.

“It can help us because we should be able to take some also. And what I intend to do, perhaps, is make a deal with an Exxon Mobil or one of our great companies to go in there and do it properly. Right now, it’s not big. It’s big oil underground, but it’s not big oil up top, and much of the machinery has been shot and dead. It’s been through wars. And spread out the wealth,” the president said.

A day later, Trump told a crowd in Chicago: “We’re keeping the oil—remember that. I’ve always said that: ‘Keep the oil.’ We want to keep the oil. Forty-five million dollars a month? Keep the oil. We’ve secured the oil.”

Secretary of Defense Mark Esper said at a briefing last week that the mission in the region is to “secure oil fields to deny their access to ISIS and other actors in the region, and to ensure that the SDF has continued access, because those resources are important, so that the SDF can do its mission.”

At the press briefing on Thursday, Pentagon spokesman Hoffman said, “We work to ensure that no one approaches and shows hostile intent to our forces and if they do our commanders maintain the right of self-defense.”

“The securing of oil fields is a subordinate task to that mission and the purpose of that task is to deny ISIS the revenues from that oil infrastructure,” he added. That’s happening with the SDF, he said.

“Most of the people and most of the equipment” have been withdrawn from Syria, Byrne said. Trump ordered the withdrawal of American troops from the country last month.