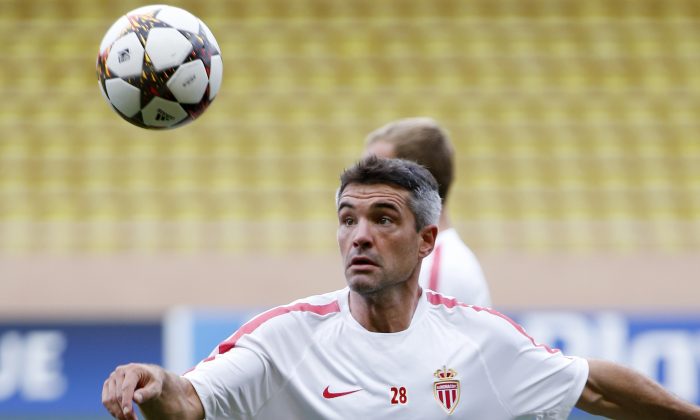 Monaco and Bayer Leverkusen are set to play in a UEFA Champions League match on Tuesday, September 16.

The game will be broadcast on beIN Sports 1 in France, as well as Sky Go Deutschland in Germany.

Monaco are 5/2 to win the match, as compared to 5/4 for Bayer Leverkusen as per OddsChecker.

Check out an AP preview of the match below.

PARIS (AP) — Monaco’s signings of Radamel Falcao and James Rodriguez last year marked the beginning of a new era on the French Riviera. Twelve months later, the stars have left and Monaco is struggling as the club returns to the Champions League following an eight-year hiatus.

After finishing runner-up last year in the French league, Monaco was expected to compete for the title with big spenders Paris Saint-Germain and to mount a serious challenge on the European stage.

But the club’s development strategy changed dramatically as owner Dmitry Rybolovlev, a Russian billionaire who had invested millions of euros to bring Monaco back to the topflight in 2013, agreed to sell Rodriguez to Real Madrid following his excellent World Cup, while Falcao left for Manchester United on a loan deal.

No wonder Monaco is languishing in 19th place in the French league with only one win in five games ahead of Bayer Leverkusen’s visit on Tuesday.

Here are some things to know about Group C ahead of Tuesday’s matches:

Jardim, who was hired as a replacement for Claudio Ranieri, did not expect such an upheaval upon his arrival in the principality. He is now confronted with the task of rebuilding a squad filled with talented youngsters such as midfielder Tiemoue Bakayoko and striker Anthony Martial, but has limited offensive options with Dimitar Berbatov as his main striker.

Monaco will once again rely on the ageing Bulgarian forward on Tuesday, as Berbatov will be reunited with his former club, for which he scored 68 goals in 154 Bundesliga matches.

“The team cannot expose itself so offensively. At the beginning we wanted to play in a more attacking style than before. Now, we are looking for a more balanced team, that can divide up the play and perhaps not control the ball in all our games,” Jardim said.

Jardim has yet to find the winning formula that would turn things around. He will also need to infuse a big dose of optimism into his team as confidence nose-dived on the Mediterranean shores.

“The squad is sad because we were aiming to win,” Jardim said after the 2-1 loss at Lyon over the weekend.

No German side has made a better start to the season than Bayer Leverkusen. Under new coach Roger Schmidt, the side won its first five competitive games across all competitions — a run brought to a halt by Friday’s 3-3 draw with Werder Bremen in the Bundesliga.

Schmidt called the result “a joke” based on Leverkusen’s dominance of the first half, but attention was quickly turned to Tuesday’s trip to Monaco.

“We know what we can do and will give it full throttle,” Leverkusen playmaker Hakan Calhanoglu said.

Leverkusen has been praised for its exciting play and speed in attack — Karim Bellarabi scored the Bundesliga’s quickest ever goal after nine seconds at Borussia Dortmund — while applying stifling pressure to win back the ball when it’s gone. However, an overly gung-ho approach was partly to blame for the goals conceded to Bremen.

Leverkusen general manager Michael Schade, however, is optimistic about emerging from Group C.

“We have a very strong well-balanced group in which anyone can beat anyone else. It’s like a lucky bag,” Schade said. “The second round is doable if the team shows its form from the Bundesliga on the international stage.”

TALK OF THE TOWN

Benfica has a sharp new attacking midfielder to show off — Anderson Talisca.

The 20-year-old Brazilian was a recent signing from Bahia and is already the talk of Lisbon after his hat trick last weekend in Benfica’s 5-0 rout of Setubal.

“He’s been adapting to our tactics and in a few years he’ll be worth millions,” Jesus said.

Benfica, the defeated finalist in the Europa league for the last two seasons, is 3-1-0 in the Portuguese title race.

It’s all about Portugal when Benfica hosts Zenit at the Stadium of Light.

Many Zenit players have connections with Portugal, too, as Axel Witsel, Ezequiel Garay and Javi Garcia have all played for Benfica earlier in their career. Brazil and Zenit striker Hulk, who starred for Porto from 2008-12, scored five goals against Benfica during his Portuguese spell, while internationals Luis Neto and Danny have also played in Portugal.