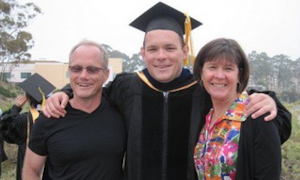 Stock photo of an ambulance in Toronto. (Michael Gil via Wikimedia Commons)
UK

A mother in the United Kingdom issued a warning to parents of young children after her 1-year-old daughter, Jessica, died in a tragic accident.

Danielle Duggan of Shipdham, England, said she is mourning after her little girl died when the cord of her baby monitor strangled her, the New York Post reported on March 26, adding that the incident took place in October 2018.

Her daughter, who was 18 months, was set down for an afternoon nap. Duggan had placed the monitor on the top of a shelf in her daughter’s room.

"I would urge that parents are really careful when setting up their monitors. A few years ago people were worried about blinds near cots, but we never had that."

Duggan and her husband, Jason, stated that they had tried to ensure that the monitor and the cord were secure, but while the parents were out of the room, the baby girl apparently grabbed the wire and managed to strangle herself.

When her parents noticed, they called emergency services, untangled the wire, and performed CPR. The child was rushed via ambulance to a hospital where she was pronounced dead.

“I would urge that parents are really careful when setting up their monitors,” Duggan told The Sun publication. “A few years ago people were worried about blinds near cots, but we never had that.”

She said that nothing in her room changed for a year.

“The wire was always out of reach — it was a corner shelf above her cot and the camera was at the back of the shelf, and the wire was tucked behind the shelf and tacked all the way down the wall and it was plugged into an extension lead underneath her cot,” she said.

Six months after her death, she said, “We are just urging parents to be extra cautious — you have to box in everything.”

Coroner Yvonne Blake said that the cause of death was compression of the neck by ligature.

U.S. Consumer Product Safety Commission (CPSC) has issued a warning. “We began warning you about baby monitor cord dangers. CPSC knows of seven deaths and three near strangulations since 2002 involving video and audio baby monitors. The monitors and cords were placed within a child’s reach.”

“You need to know about cord hazards, so you can prevent your baby from strangling in a cord,” the agency wrote.

It called on parents to “take a look” around the crib and note the location of the monitor cord.

“Remember, at least 3 feet away is where your monitor should stay,” the CPSC stated. “Yes, 3 feet. As in 3 big feet … 3 Feet is also about the width of your baby’s crib plus 6 inches.”

Duggan said that if she were to have another child, they would “get a wireless” baby monitor.

“If we were to have another baby we would get a wireless one. But it’s not just wires that you have to be careful about — it’s phone changers and other cords around the house,” Danielle said.

“Just think outside the box when it comes to your toddler’s safety. They will get into anything. even things you wouldn’t think of, as we know with Jessica. We’re urging parents just to box up everything you can,” Jason Duggan added.

In 2015, the Juvenile Products Manufacturers Association said that parents should build a “safe zone” that is around three feet around their child’s crib.