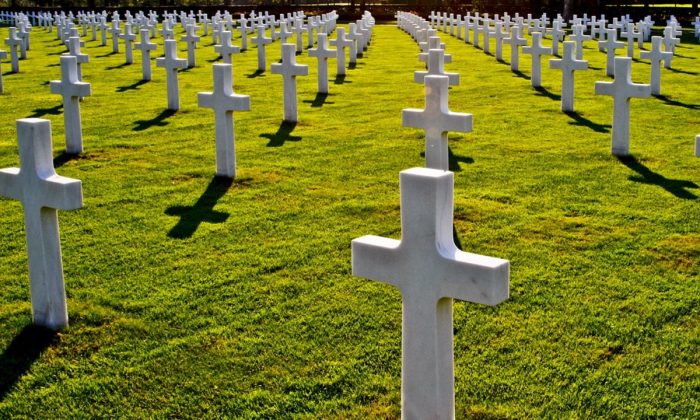 Mom Distraught After She Found Son’s Headstone Gone, And The Strange Reason Why

A mother in Worcestershire, England, said she was distraught after local officials decided to remove her deceased son’s headstone.

They removed it because another family complained that it didn’t adhere to the cemetery’s protocol, reports stated.

The boy, Maximus Corbett-Gardener, died in 2013 due to complications from epilepsy. He was 4 years old, his mother, Jo Corbett-Weeks, had said.

Mother’s distress after a council removes her son’s star-shaped headstone from a cemeteryhttp://t.co/RnWNPHvhRy pic.twitter.com/90kD4pcgHF

Corbett-Weeks had saved up more than $5,000 to give him a unique headstone for what would have been his seventh birthday, which falls on May 31.

However, the headstone was removed promptly with no warning, she claimed.

“It would have been Max’s seventh birthday on the Sunday, and this was like a birthday present to him from me,” Corbett-Weeks was quoted by the BBC as saying.

“I chose a star-shaped stone because I wanted something suitable for Max – something personal. This stone is just so perfect for my poor little chap,” she said.

According to the report, the other family complained that the headstone didn’t fit well with the others in the cemetery.

“I was totally unaware this was going on. The council did not contact me and it was the stonemason who told me he’d been ordered to remove it,” Corbett-Weeks added. “I feel upset, distressed and angry. We have been through so much as a family. I could understand if the grave was uncared for or unsightly, but it isn’t.

“The headstone meant a lot to me and the family but now we are fighting to have it put back,” she noted. “It’s a horrible situation. We just want to have somewhere to grieve.”

In a statement on the incident, a Malvern Town Council spokesman said, “We have a conformity of shapes in our lawn cemetery. We were contacted by people who objected to the shape. The longer it stayed up, the harder the process would have been. It was a very difficult decision to remove it but one we had to make straight away.”

It added: “It wasn’t necessarily an objection to the shape but why we appeared to be applying one rule to one family and other rules to another. The stonemason in this situation did not have permission to put the stone up – and the stone is not in keeping with the graves in that area. By not following the correct process he has caused considerable distress to both families.”