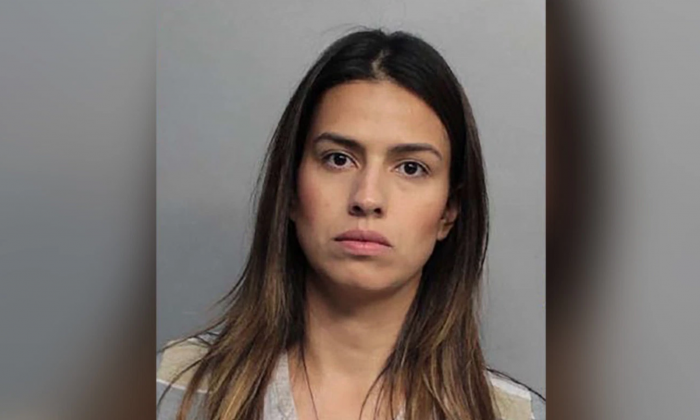 A mother from Miami is accused of burning her own son’s hand by placing it on a stove as a form of punishment—but she insists that she’s not a “bad mother.”

Miriam Rebolledo, a 29-year-old is facing a charge of aggravated child abuse. The mother claims that her 6-year-old son is out of control and that other forms of punishment were not working, WKMG reported.

“My son is so rebellious that he got to the point to kill an animal. What am I supposed to do? Stay home without doing anything for my son?” Rebolledo told reporters in Spanish as she walked out of the Turner Guilford Knight Correctional Center.

The mother was arrested on, Nov. 9. Rebolledo said she only burned her son’s hand after a school employee called her to say he had been hitting other children at school on Wednesday, according to WKMG.

While walking out of the center, the visibly emotional mother continued to defend herself as her husband pulled her away into their car, CBS Miami reports.

“I’m a bad mom, but they don’t know the truth,” she told reporters. “This is the kind of thing a mother has to do so that her son can grow up to be a good person tomorrow.”

Rebolledo said she feared that her son would grow up to be a convicted felon if she did not start to discipline him with harsher punishments.

When she was in court, Miami-Dade County Judge Ariana Fajardo Orshan told Rebolledo that what she did was something a parent should not do.

“Maybe in Colombia, it’s OK to take the child and put their burning hand on a stove, but in the United States, it’s not,” the judge said, WKMG reported.

The mother did admit to police officers that she felt overwhelmed by her son’s behavior, adding that she knew no other way to discipline her son.

“You have the cutest son. I met him this morning,” the judge said in court. “He is very sad that he has to go to foster care.”

According to CBS, the mother said she also took her son to a psychologist, but it still did not seem effective.

“It’s so easy to get those guns. You want my son to grow up to be a bully who beats up on kids? And he isn’t just going after boys, he bullied a girl,” she said.

The mother was released later last Friday on a $7,500 bond, according to CBS.

Her son will be placed in foster care now.