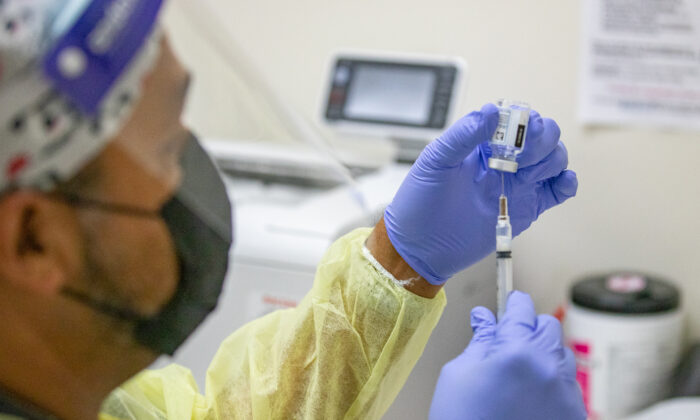 Moderna said its Japanese distributor will recall doses of its COVID-19 vaccine in Japan after an investigation revealed that stainless steel contaminants were discovered in some vials.

Last week, Japanese health regulators suspended the use of three Moderna COVID-19 vaccine batches containing about 1.63 million doses after the contamination issue was discovered. On Wednesday, the ministry said that the stainless steel particulates would not cause any additional health risk, according to reports.

A joint statement from Moderna and Takeda, which distributes the vaccines in Japan, said the contamination was traced back to the production run by Spanish contractor ROVI Pharma Industrial Services. The findings were discovered by an investigation carried out by the two companies, not the health ministry.

“Stainless steel is routinely used in heart valves, joint replacements, and metal sutures and staples. As such, it is not expected that injection of the particles identified in these lots in Japan would result in increased medical risk,” Takeda and Moderna said in the statement on Wednesday.

Due to the findings, their statement added, Takeda will initiate the recall of the three batches starting from Sept. 2.

Authorities are also investigating the deaths of two Japanese men who received doses from the tainted vaccine batch, officials said. The cause of their deaths is still not known and is being investigated by Japanese health regulators.

Takeda stressed there was no evidence their deaths were triggered by the Moderna-produced vaccine, which, like the Pfizer shot, uses mRNA technology.

“The relationship is currently considered to be coincidental,” the firms said in the joint statement Wednesday. “It is important to conclude a formal investigation to confirm this. The investigation is being conducted with the greatest sense of urgency, transparency, and integrity and is of the highest priority.”

Usage of other Moderna doses from separate batches was temporarily suspended in Japan this week. In several cases, other foreign substances were found in vials, and another case appears to be caused by small pieces of the vial’s rubber-stopper breaking off when needles are inserted incorrectly, officials said.

About 500,000 people have received shots from the three suspended Moderna batches, Taro Kono, Japan’s minister in charge of the vaccination campaign, told reporters on Friday. Moderna said it cannot confirm how many doses were distributed from the batches.

Moderna has not responded to a request for comment.