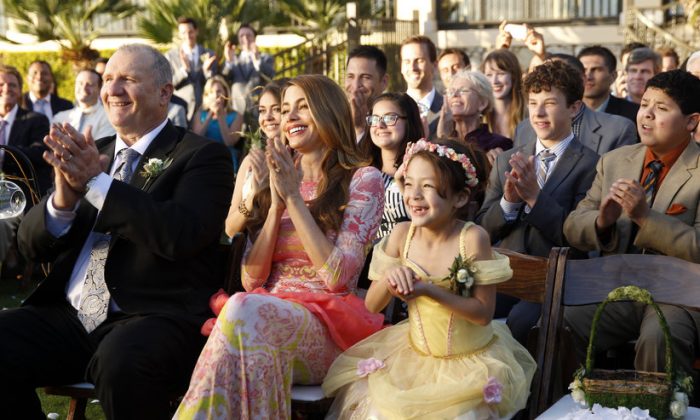 Modern Family on ABC has been renewed for a season 6.

The comedy will stay in the same 9 p.m. timeslot on Wednesday nights, the network said.

A premiere date hasn’t been announced yet, but based on the previous seasons it’s almost certain that the show will premiere in late September.

The most likely date is September 24.

“The wedding day chaos continues as the entire party shifts from one contingency plan to another. Guests start to get testy, Mitchell and Cameron are feeling discouraged and poor Claire shows physical wear and tear, but an unexpected turn of events leads to the ceremony we’ve all been waiting for.”