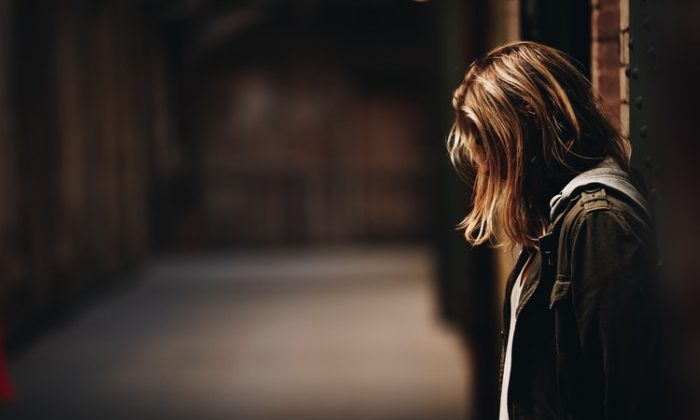 About 1 in 800 people in the United States are living in “modern slavery,” new data from a landmark report revealed.

The phrase is a broad term used to describe victims of forced labor, sexual exploitation or servitude, and forced marriages, among numerous other abuses. The findings were released on July 19, as part of the Global Slavery Index 2018 (GSI), by the Walk Free Foundation, an Australia-based rights group that conducted face-to-face interviews with more than 70,000 respondents in 48 countries.

This year’s edition, the fifth, estimated that more than 40 million people globally in 2016 were victims of modern-day slavery—in the United States alone, the index identified about 403,000 victims. The numbers in developed nations like the United States and European countries were “far higher than previously thought,” which, Walk Free argues, should add pressure on those countries to step up in their combative efforts.

“The responsibility that developed countries have for modern slavery, revealed by this new data, is a huge wakeup call,” GSI founder Andrew Forrest said. “The pressure to respond to this appalling human crime must shift from poorer countries to richer nations that have the resources and institutions to do much better.”

Goods were a key driver of modern slavery globally, and the United States is the biggest purchaser of goods at-risk of being produced through forced labor, importing more than $144 billion a year. The top five at-risk products were electronics (including laptops, computers, and mobile phones), garments, fish, cocoa, and timber.

China was by far the largest source of these goods, exporting over $122 billion worth to the United States. Vietnam was the second largest, at $11.2 billion, and India was third, at $3.8 billion.

However, more promisingly, the report found that the United States has the second-highest Government Response Index score (after the Netherlands) in tackling the issue, through its strong criminal justice response, victim support services, and protections for vulnerable populations.

Countries with the lowest action and response included North Korea, Libya, Eritrea, Iran, and the Central African Republic, among others. The U.S. State Department’s own annual “Trafficking in Persons” report, released last month, identified many of the same countries.

President Donald Trump has made tackling human trafficking a major priority during his tenure. In April, he signed into law a bill that stopped the shielding of website operators from state criminal charges or civil liability if they facilitate sex ads or prostitution. In the same month, Backpage.com, the largest human-trafficking portal in the United States, was shut down by the FBI.

Trump started the battle against human trafficking shortly after taking office. He signed an executive order in February last year directing the government to “identify, interdict, disrupt, and dismantle the transnational criminal organizations that engage in human trafficking.”

In September last year, the State Department announced a $25 million grant to the Global Fund to End Modern Slavery. Based on news articles and official government releases, nearly 3,300 victims of human trafficking have been rescued around the world since Trump took office and more than 5,300 suspects have been arrested.

The countries with the largest estimated numbers of people in modern slavery include India—with nearly 8 million—followed by China, Pakistan, North Korea, Nigeria, and Iran.

“Human trafficking is worse than it’s ever been in the history of this world. And who would think in this modern-day age?” Trump said in April. “It really is a big problem.”

“You cannot refuse,” said respondent no. 44, an adult male interviewed among 50 others who defected from North Korea to the South. “If the work unit leader orders you to go to work, you have to do it. If you don’t, then your food rations are cut off.”

That quote highlights the dark reality of modern-day slavery in Pyongyang.

The interviews, conducted in 2017 through a partnership with Walk Free and researchers at the Leiden Asia Centre and the Database Center for North Korean Human Rights, provide insight on the reclusive communist state. It is all but impossible to directly survey respondents or collect data there.

According to the report, North Korea has the highest prevalence of modern slavery globally, with 1 in 10 people (2.6 million) forced to work. The country’s response to combat slavery is also the weakest.

Park Yeon-mi, a North Korea defector who fled to China, only to become a victim of trafficking there, talked about her experience at a conference at the U.N. headquarters in New York.

“It could be anyone. It was me. It was my mother. It was my sister,” Park said. “Even now, there are 300,000 North Korean defectors in China, and 90 percent of them are being trafficked. They are being sold by Chinese men for a few hundred dollars.

“This index makes us visible.”