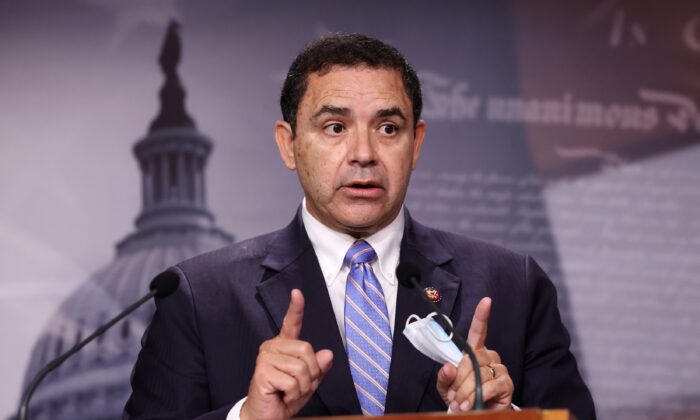 “The results are in, all the votes have been tallied—I am honored to have once again been re-elected as the Democratic nominee for Congress,” Cuellar said in a statement.

With all precincts reporting, Cuellar had 177 more votes than challenger Jessica Cisneros, according to unofficial results reported by the Texas Secretary of State’s Office.

“This primary was a hard-fought battle and I’d like to thank my supporters, who were instrumental in this victory,” Cuellar said.

Cisneros, 29, an immigration attorney and a self-described progressive, has not yet conceded.

“This election is still too close to call, and we are still waiting for every ballot and eligible vote to be counted,” she said late Tuesday.

Cuellar is one of the most moderate Democrats in Congress, sticking to his pro-life stance despite strong pushback from some colleagues and criticism from Cisneros. He has also been vocal in calling for President Joe Biden’s administration to handle border enforcement better, one of the few Democrats to broach the issue amid the unprecedented surge in illegal immigration.

Much of the district lies at or close to the border. Parts are located in San Antonio.

The runoff had voters choosing between only Cuellar and Cisneros.

Garcia won the runoff with about 57 percent of the votes.

If the results are certified, Cuellar will face Garcia in the general election.