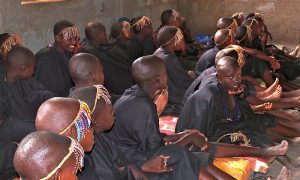 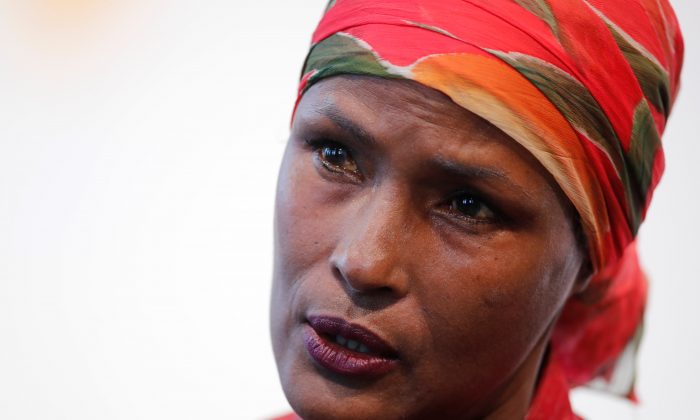 ST. GALLEN, Switzerland—Female genital mutilation (FGM) is still occurring because the world is turning a blind eye to a crime against children, Waris Dirie, the Somali nomad turned supermodel, told Reuters on March 7.

Dirie has used her fame as a Pirelli calendar model and a “Bond girl” playing opposite Timothy Dalton in “The Living Daylights” to campaign against female circumcision.

“It is the hardest job I have ever done in my life. But I have to because there is no one else who has that commitment and I will see this to the end,” she said in an interview.

Dirie underwent FGM when she was 5 years old; her sister bled to death after the procedure. Aged 13, Dirie fled an arranged marriage, eventually arriving in London.

Her autobiography “Desert Flower” became a film and is now a musical by Gil Mehmert and Uwe Fahrenkrog-Petersen, which will premiere in the Swiss town of St. Gallen in February 2020.

Dirie said it was shocking and surprising to find her life story was now going on stage, but still, the message about FGM had still not got through.

“The world is not taking interest.” she said.

FGM, which inflicts severe pain on young girls and causes long-term health problems if they survive, is recognized internationally as a human rights violation that constitutes extreme discrimination against women.

Ahead of International Women’s Day on March 8, Dirie’s Desert Flower Foundation has teamed up with lingerie brand Coco de Mer to make a short film, directed by British photographer Rankin, to raise awareness against FGM.

The aim is to help collect 10 million signatures by the end of 2019, to be then presented to the U.N. Secretary-General.

“It is not fair that so much abuse is going on and the world just sits back and just says: ‘Yes, yes, we know it is a culture,” Dirie said.

It was not only a women’s problem, and not confined to a few countries but widely practiced by immigrants, she added.

“This is really a terrible abuse against children and a crime. And I cannot repeat it enough, and I cannot say it enough and I just want the world to seriously recognize this and to do something about it because enough is enough,” she said.