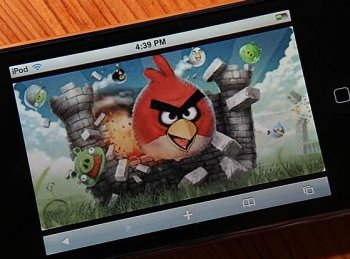 The second-quarter results are 1.5 percent higher than first-quarter sales, according to NPD, whose “Game Industry Total Consumer Spend” report is closely followed by analysts.

A major subset of total video game sales is mobile apps, which includes games run on iOS and Google Android mobile platforms, as well as social-networking games, which has been growing exponentially over the past several quarters.

According to NPD, consumers spent $1.85 billion on mobile gaming apps, social-gaming apps (such as those played on Facebook), and other downloadable content, which keyed the increase in total video game sales.

“While the new physical retail channel still generates the majority of industry sales, our expanded research coverage allows us to assess total consumer spend across the growing number of ways to acquire and experience gaming, including mobile apps and downloadable content," said Anita Frazier of NPD in a statement on Monday.

In a separate report, Piper Jaffray analyst Gene Munster wrote in a research note this week that the average iOS device owner will purchase more video games in 2011 than last year by an increase of 61 percent, and on average they would spend more than $1.44 per mobile game.

Earlier this month, Apple Inc. said that its App Store has surpassed 15 billion downloads since its inception.