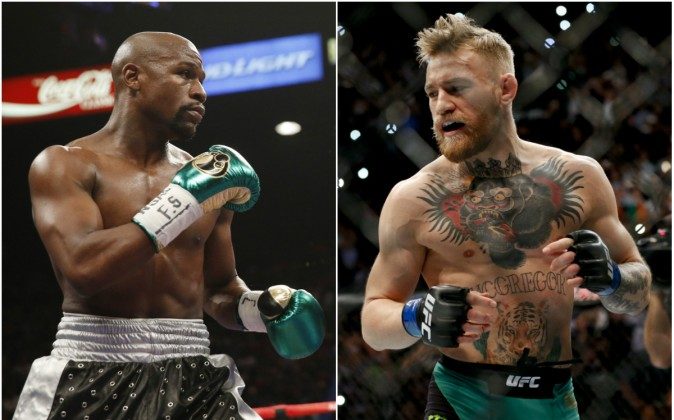 It appeared that a bout between undefeated boxing champion Floyd Mayweather Jr.. and champion Mixed Martial Artist (MMA) Conor McGregor was close to becoming real, according to a report by The Sun.

But two tweets by well-known MMA journalist Ariel Helwani quickly crushed the allegations that the trending #MayweatherMcGregor fight would actually get off the ground.

Absolutely no truth to this McGregor-Mayweather story. I can’t believe people are actually falling for this nonsense. … (Cont’d)

A) McGregor has a UFC contract. He can’t just go fight Mayweather. And b) do you really think he would agree to those pay terms? C’mon now.

The Sun reported that the two would go head-to-head during the summer of 2016, citing sources close to Mayweather, who claimed the boxer is “obsessed with teaching McGregor a lesson and has demanded that the UFC featherweight champion lose 25 lbs. for the fight.”

Their payouts: even more unbelievable.

Mayweather, according to the report, was set to take home a massive $144.8 million, while McGregor would somehow agree to taking home only $10.1 million.

The sources claimed that both fighters agreed to the bout on May 2.

However, if the match was to take place, it would surpass Mayweather’s match against Pacquiao, which is the highest grossing fight in combat sports history, The Sun reported.

The rumor also did not disclose whether the fight would be strictly a boxing match, or allow for ground game.