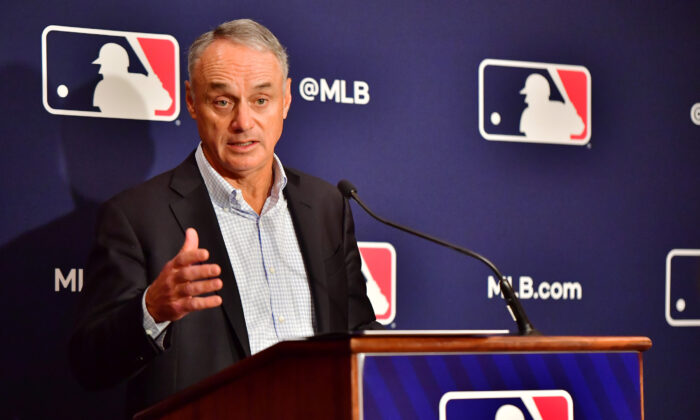 On Sunday, March 6, the two sides met for an hour and a half. The Players Association brought a written offer to Major League Baseball detailing their latest concessions. However, MLB responded that they were still deadlocked.

The primary issue of contention is the competitive balance tax, otherwise known as the luxury tax threshold, which serves as a salary cap. The players union is currently offering $238 million per franchise, while the owners are at $220 million.

The other two points of negotiation are the pre-arbitration bonus pool and minimum salary; MLB has among the lowest minimum in major sports.

The gap of dispute is rather minimal compared to where the two sides started, and they will likely settle somewhere in the middle. Currently, both sides are holding firm in their negotiations.

“This is a horrible, horrible situation. Everyone on the Yankees, everyone in Major League Baseball shares the blame, players, owners, executives for where we are,” said Yankees president Randy Levine on the team’s YES Network.

“It’s a really bad look, especially what’s going on in the world,” added Levine. “We all look pretty bad. It’s embarrassing to be where we are.”

The first two series of the season have been canceled by MLB commissioner Rob Manfred. More games may be at risk as negotiations continue.

This further adds complexity as the players expect to be paid for the entire season of 162 games, and the owners want to pay for the actual number of games played.

A $1 million fund has been provided by players of Major League Baseball (MLB) to financially aid employees affected by games canceled due to the current lockout. Spring training games were scheduled to begin on Feb. 26.

Currently, the first two scheduled series of the season were canceled by Commissioner Rob Manfred on Tuesday; and more could be on the way if a new collective bargaining agreement (CBA) is not reached.

The Players Union and the owners of MLB met informally Thursday after talks ceased on March 1, 2022, as the players walked away from the best counter-offer that the owners provided.

Regarding the new employee fund, the player’s association stated that the money would be administered by the players union and the AFL-CIO, who is a federation of international labor unions.

MLB players union representative Tony Clark provided a statement, saying “this fund is intended to support workers who are most affected by the MLB-imposed lockout but whose livelihoods have been disregarded by the owners in their efforts to pressure players into accepting an unfair deal.”

The players union confirmed specifically that among the employees impacted by the lockout are broadcast teams, concession workers, ushers, security personnel, transportation providers, janitors, and electricians.

Union executive board members, pitchers Max Scherzer and Andrew Miller, also provided a statement: “Many aren’t seen or heard, but they are vital to the entertainment experience of our games. Unfortunately, they will also be among those affected by the owner-imposed lockout and the cancellation of games. Through this fund, we want to let them know that they have our support.”

MLB state that the fund will be administered by the teams to part-time and seasonal workers based on financial need.

Those that are eligible include concession workers, grounds crews, clubhouse employees, ballpark workers, and security staff.