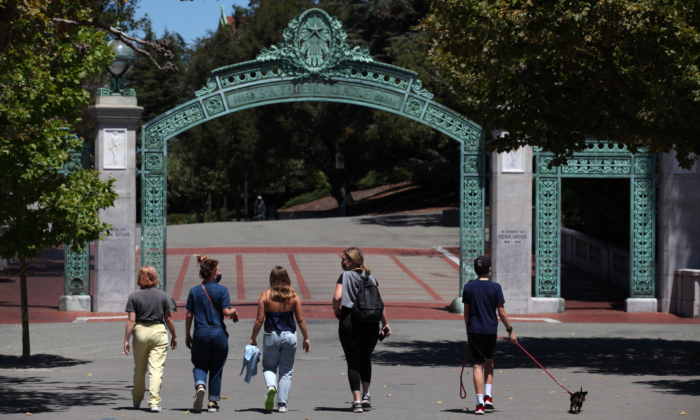 University of California System Will No Longer Consider SAT, ACT Scores for Admissions

The nine campuses of the University of California (UC) system will no longer consider standardized testing scores as part of the admission process beginning this fall.

The change is the result of a legal settlement (pdf) of a lawsuit brought by groups that claimed that the traditional SAT and ACT tests are racist.

Under the settlement, the university, which enrolls some 225,000 undergraduate students, said it won’t consider SAT or ACT scores sent along with admissions applications until 2025. The university further stated that it had no current plan to consider the scores after 2025.

The lawsuit was filed against the university on Dec. 10, 2019, by several students and groups, including Chinese for Affirmative Action, College Access Plan, College Seekers, Community Coalition, Dolores Huerta Foundation, and Little Manila Rising. The Compton Unified School District filed a similar lawsuit on the same day. The two cases were subsequently merged.

The original complaints claimed that SAT and ACT tests serve as a metric of wealth and race, rather than a predictor of college success.

“The mere presence of the discriminatory metric of SAT and ACT scores in the UC admissions process precludes admissions officers from according proper weight to meaningful criteria, such as academic achievement and personal qualities, and requires them instead to consider criteria that act as a proxy for wealth and race and thus concentrate privilege on UC campuses,” one of the two complaints (pdf) stated.

On Aug. 31, 2020, the Superior Court of the State of California, County of Alameda, ordered the university to stop using the test results for admissions or scholarship decisions while the lawsuit was pending. The university appealed the decision and the appeal remains unresolved.

As part of the settlement, the University of California system will pay $1.25 million in attorney fees to the lawyers who represented the plaintiffs.

College Board, the developer of the SAT test, and ACT both told The Epoch Times that the racial disparities in test scores aren’t a function of the tests themselves, but rather a symptom of broader educational issues.

“The SAT itself is not a racist instrument. Every question is rigorously reviewed for evidence of bias, and any question that could favor one group over another is discarded,” College Board told The Epoch Times. “Today’s SAT is an achievement test that measures what is taught in school and what students need to know to be prepared for college. Performance differences across groups of students reflect an unequal K–12 system. That’s why the SAT should only be considered in the context of where students live and go to school, and an SAT score should never be a veto on a student.”

“As always, we support institutional autonomy to make the difficult decisions that ultimately benefit individual systems, schools, and their students,” ACT told The Epoch Times. “That said, we work diligently to ensure the ACT is not biased against any group of students, and research consistently shows that test scores are a valid predictor of college success overall, and in particular for students from underserved backgrounds.

“Current score gaps between groups are unacceptable. Though these gaps are not caused by the test, ACT is committed to joining forces with those who seek transformative change to achieve equitable learning outcomes for all students.”

SAT and ACT scores have been a mainstay of the college admissions process for decades. Opponents of the tests’ use for admission argue that students of certain races score lower on average than other races. Proponents say standardized tests offer an equal playing field, since all students take the same test.