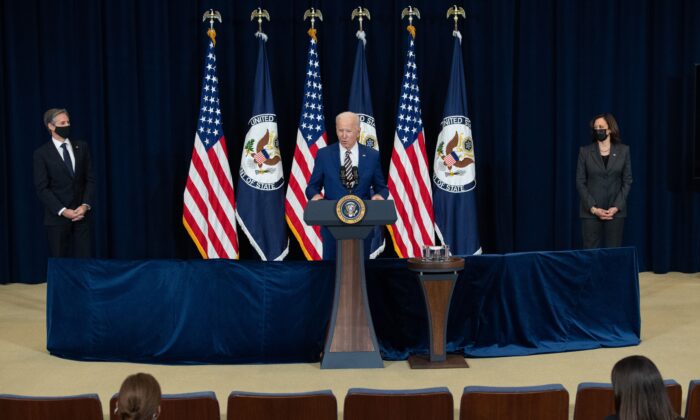 President Joe Biden, with Secretary of State Antony Blinken (L) and Vice President Kamala Harris, speaks to the staff of the U.S. State Department during his first visit in Washington on Feb. 4, 2021. (Saul Loeb/AFP via Getty Images)
Viewpoints 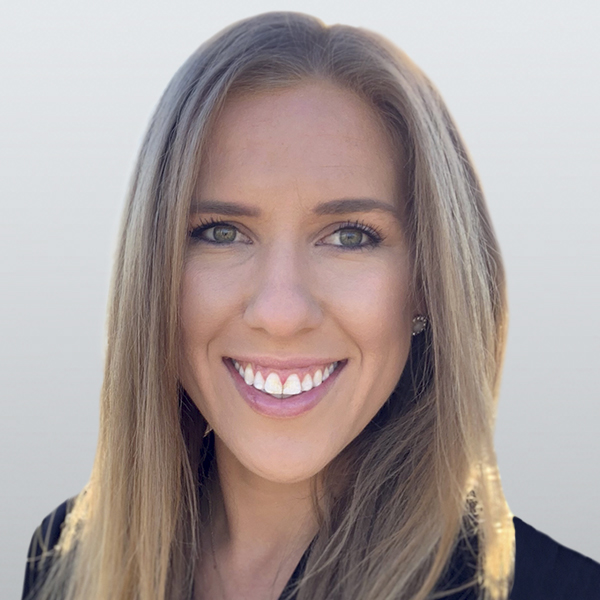 Take a look at the following quotes from the Biden administration and Chinese Communist Party officials. Can you guess which country’s government made these statements?

“Systemic racism … is a stain [on] our nation’s soul.”

“America has a long history of systemic racism.”

“In order to lead abroad, America must continue to address racial injustice and inequities at home.”

“I’ve seen for myself how the original sin of slavery, weaved white supremacy into [America’s] founding documents and principles.”

Racism in the United States is “a systemic and persistence [sic] existence.”

“The challenges facing the United States in human rights are deep-seated. They did not just emerge over the past four years, such as Black Lives Matter. It did not come up only recently.”

As the CCP continues to imprison and enslave Uyghurs and other minorities in Xinjiang, eliminate freedom in Hong Kong, and cover-up the origins of the China virus pandemic, it’s shocking that one of the only areas of agreement between the Biden administration and the CCP is how terrible America is.

The statements by Biden, Harris, and Blinken were issued following the verdict in Minnesota. Instead of emphasizing that the American justice system served its purpose in upholding the rule of law, they focused on criticizing America for its allegedly inherent suppression of minorities.

The anti-Americanism of the Biden administration is not only a sobering departure from the Trump administration’s America First policy, but is dangerous and demoralizing. Consider Russia’s recent military mobilization along the border of Ukraine, China’s incursions against Taiwan and attempts to control the South and East China Seas, and Iran’s continued steps toward obtaining a nuclear weapon. The United States, our partners, and our allies, currently face many real challenges and threats from adversaries around the world.

Clearly, as the competition with communist China continues, the recent statements of the Biden administration reveal that the CCP will have no need to prepare long-winded lectures or create original content for their propaganda outlets. The Chinese Communist Party will instead only need to quote the Biden administration’s attacks against the United States.

Chinese Communist Party propagandists would be wise to start looking for new jobs—perhaps with CNN or The New York Times.