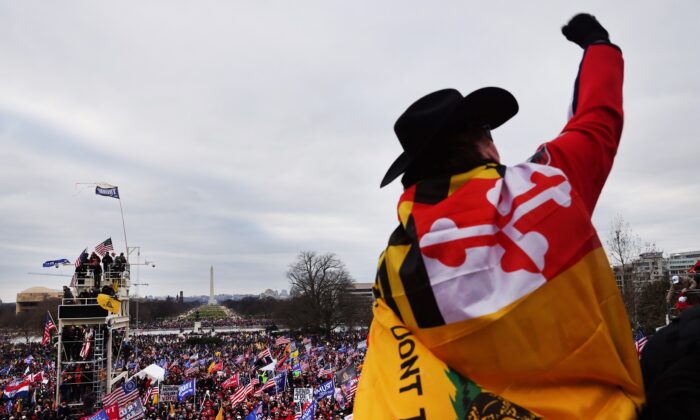 Things are always worse than they seem.

That seems to be a good rule of thumb these days.

Every sentient person knows that the bureau has had a rough couple of years.

The Russia collusion hoax revealed an agency shot through with corruption and partisan bias.

But the rot goes far beyond the large handful of top bureau bad hats: the James Comeys, the Andrew McCabes, the Peter Strzoks, the Kevin Clinesmiths.

It also goes back far beyond the election of 2016.

Holman Jenkins, writing in The Wall Street Journal, lists a handful of the many shocking instances in which the agency was “hip deep” in corruption, incompetence, or some combination of the two.

His conclusion? Abolish the FBI.

“By now,” Jenkins writes, “after its performance in the 2016 election, the evidence might seem conclusive that the agency is a failed experiment, however able and dedicated many of its agents. … The agency should be scrapped and something new built to replace it.”

This is a conclusion echoed by the storied civil-rights lawyer Harvey Silverglate.

Writing in The Boston Globe, Silverglate notes that the corruption of the FBI is “too deeply embedded for effective reform.”

“The best solution,” he concludes, “is to abolish the FBI and start anew. We need to rethink the kind of agency needed to investigate federal crimes.”

But perhaps the most shocking litany of rot at the FBI has been compiled by Darren Beattie at Revolver News, whose latest story revolves around Ray Epps, a Phoenix-based professional provocateur and, apparently, FBI asset.

Epps was originally near the top of the FBI’s list of “most wanted” figures from the Jan. 6 protest-cum-riot at the Capitol.

Then a funny thing happened.

Epps’s name was purged from the FBI files.

Some 700 people have been arrested for their part in the Jan. 6 demonstration.

But Epps and a handful of other major players in that drama remain unindicted.

Indeed, although the FBI surely knows their identity, they remain nameless to the public, known only through amateur video footage of the event.

Beattie shows that what the media label an “insurrection” is almost certainly better described as a “Fedsurrection.”

And when I say “shows,” I mean shows.

His long essay doesn’t just describe what happened. It’s punctuated by scores of photos and video clips that prove the accuracy of what he describes.

We don’t know with 100 percent certainty that the figures who organized and orchestrated the breach of the Capitol did so at the instigation of federal authorities.

But it sure looks that way.

Beattie takes us step by step from the moment on Jan. 5 when Epps whipped up a crowd and told them, over vocal objections from various demonstrators, that they were going to the Capitol the next day.

Beattie shows how other actors calmly removed fences and signage on Jan. 6, clearing a path for the protesters, who were carefully funneled through that one walkway up to the Capitol.

“Okay we’re in!” shouted the man known as “Scaffold Commander,” so-called because he was perched, megaphone in hand, atop a tall tower overlooking the Capitol complex.

Beattie isn’t the only person to notice the oddity of it all. This Twitter thread, published the day after the event: “What happened yesterday was not as it seemed.”

“What makes the ScaffoldCommander-Ray Epps affair complete,” Beattie noted, “is that they appeared to work in tandem from start to finish the entire day on 1/6.

“Both set up positions at the initial 12:50 p.m. ‘Big Bang’ breach site, and they did so before the Proud Boys arrived.

“The official story, you will recall, says that the Proud Boys group caused the riot.”

A review of the video footage shows a handful of main players that day.

None have been indicted.

The simplest explanation is that the people who took down the fences and the “restricted area” signs, who loudly directed the crowd into the Capitol, were federal assets.

“If Ray Epps was acting on instructions from a government handler from any federal agency (FBI, ATF, Pentagon, DHS, DEA, anything), we now are talking about perhaps the single most egregious caught-on-camera intelligence operation in our lifetimes.”