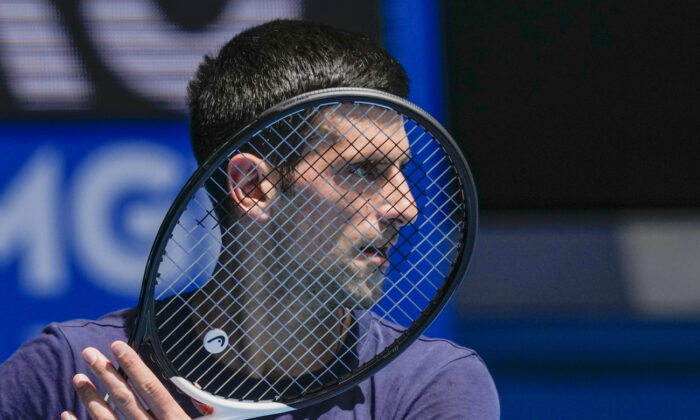 Tennis star Novak Djokovic and his wife own an 80 percent share in a Danish biotech firm developing a treatment for COVID-19 that does not involve vaccination, the company’s boss said on Wednesday.

The Serbian native 34, and his wife Jelena, 35, bought a majority stake in QuantBioRes back in June 2020, just months into the pandemic, the company’s chief executive Ivan Loncarevic confirmed to Reuters.

Loncarevic did not say how much the stake was worth but confirmed that Djokovic owns 40.8 percent while his wife owns 39.2 percent of the company.

QuantBioRes has about 12 researchers working in Denmark, Australia, and Slovenia, according to Loncarevic, and the company is developing a peptide that inhibits COVID-19 from infecting the human cell.

The CEO stressed that the company was working on a treatment and not a vaccine for COVID-19, and expects to launch clinical trials in Britain this summer, according to Loncarevic.

The company’s website says it started developing a “deactivation mechanism” for COVID-19 in July 2020 and utilizes a “unique and novel Resonant Recognition Model (RRM).”

RRM is a “biophysical model based on findings that certain frequencies within the distribution of energies of free electrons along the protein are critical for protein biological function and interaction with protein receptors and other targets,” according to QuantBioRes.

These predictions can be used to help design treatments for viral diseases and resistant bacteria.

“With our innovative and insightful RRM technology, we strive to help humanity by developing treatment and cure for retroviruses and resistant bacteria,” the website states. “Our highly skilled team of biochemists, physicists, engineers, and programmers have worked tirelessly to bring QuantBioRes – QBR to the forefront of the industry.”

Djokovic flew out of Australia to his native Serbia on Jan. 17 after losing a legal challenge to overturn the cancellation of his visa by Australian Immigration Minister Alex Hawke.

The tennis player had contended that he should be allowed to stay in the country—which has some of the strictest COVID-19 protocols in place—and compete in the Australian Open tennis tournament under a medical exemption from the vaccination because he had tested positive for the virus in December.

The exemption had originally been granted by Tennis Australia and the Victorian government prior to his arrival in the country.

But Djokovic’s visa was canceled by Hawke on Jan. 14 who used his discretionary ministerial power “under section 133C (3) of the Migration Act” to do so on the grounds of health and good order, saying that it was in the public interest to cancel it.

The world number one could also be barred from playing in the French Open after the French Sports Ministry stated on Jan. 17 that there would be no exemption from France’s new vaccine pass law.