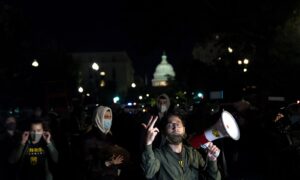 Protesters at Sen. Graham's House Urge Him Not to Consider Trump's Court Pick
0 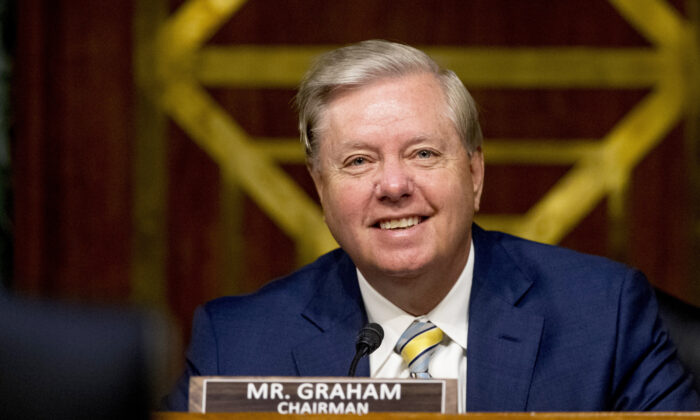 Graham: ‘We’ve Got the Votes to Confirm Justice Ginsburg’s Replacement Before the Election’

“We’ve got the votes to confirm Justice Ginsburg’s replacement before the election,” Graham said during an appearance on Fox News’ “Hannity.”

“We’re going to move forward in the committee, we’re going to report the nomination out of the committee to the floor of the United States Senate so we can vote before the election. That’s the constitutional process,” he added.

She was the oldest justice on the nation’s highest court.

It wasn’t clear whether the GOP had enough votes until Monday, when potential swing Sens. Cory Gardner (R-Colo.) and Chuck Grassley (R-Iowa) said they support moving quickly to replace Ginsburg.

“I have and will continue to support judicial nominees who will protect our Constitution, not legislate from the bench, and uphold the law. Should a qualified nominee who meets this criteria be put forward, I will vote to confirm,” Gardner, who is battling for reelection, said in a statement.

Two Republican senators have said they are against voting on Trump’s future nominee before Nov. 3, arguing the election is too close.

“I did not support taking up a nomination eight months before the 2016 election to fill the vacancy created by the passing of Justice Scalia. We are now even closer to the 2020 election—less than two months out—and I believe the same standard must apply,” Sen. Lisa Murkowski (R-Alaska) said on Sunday.

That seat was later filled by Trump nominee Neil Gorsuch.

Trump has said he’s going to select a woman to replace Ginsburg and will announce who he’s chosen on Friday or Saturday.

If the woman is confirmed, a third of the nine-person court will have been nominated by Trump in a single term.

Republicans still have control of the Senate, with a 53-47 majority.

The other potential swing vote, Sen. Mitt Romney (R-Utah), still hasn’t said how he’ll vote, but a 50-50 tie can be broken by Vice President Mike Pence.

Most Republican senators have said they support Trump nominating a replacement. But there’s a possibility that one or more will emerge and join the small group opposed to the president on this issue.

Graham said things shifted for him during the confirmation process for Brett Kavanaugh, Trump’s second nominee, in 2018.

One woman who accused Kavanaugh of assault, Christine Blasey Ford, testified to the committee, but struggled to keep her story straight. Three people she testified were there the night of the alleged assault said they didn’t recall that night happening.

Two other women later recanted their claims, while a third drastically changed her account.

“After Kavanaugh, everything changed with me,” Graham, whose house in Washington was targeted by protesters in the early hours of Monday, told Sean Hannity.

“They’re not going to intimidate me, Mitch McConnell, or anybody else.”