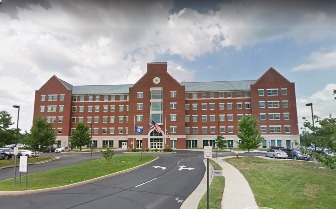 A Virginia state court judge on June 8 directed Loudoun County school system officials to withdraw their suspension of an elementary school teacher who spoke against a proposal that would require the use of students’ preferred pronouns.

Teacher Byron “Tanner” Cross was suspended on May 27 after briefly speaking against a proposal to require teachers in the Northern Virginia public school system to address students by their preferred pronouns, rather than only by those indicating male or female gender.

After Cross spoke out at the May 25 Loudoun County Board of Education public meeting, he was barred from being on the grounds of any of the school system’s facilities without prior permission and told to be available on request to discuss the official investigation of whether his comments were disruptive.

Represented by attorneys from the Alliance Defending Freedom (ADF), an Arizona-based public interest law firm that specializes in civil and religious liberties litigation, Cross on June 1 asked the Virginia Circuit Court for Loudoun County to force the school system to withdraw its disciplinary actions via a Temporary Restraining Order while the case proceeds.

Cross claimed the suspension and related penalties were retaliation for his comments, which were protected by the First Amendment’s guarantee of freedom of speech.

Judge James E. Plowman of Virginia’s 20th Circuit, agreed, stating: “Here, it is clear the plaintiff was speaking as a citizen, not in his official capacity. His speech was not conducted at his usual place of employment, occurred during non-working hours and at a forum where public comment was invited.

“Plaintiff had to abide by the same process to speak as any other citizen. Although this was not formally conceded by the Defendants, analysis of this was not argued.”

Plowman agreed that the weight of the evidence suggests that Cross is likely to prevail, as well as that he suffered “irreparable harm” in the violation of his First Amendment rights, and that he was suspended “due to his speech, barred from further speech, and similarly situated employees have been chilled from speech because of Defendants’ actions.”

As a result, the judge ruled that “the plaintiff’s request for a temporary injunction against the defendants is hereby granted. Defendants shall immediately reinstate the plaintiff to his position as it was prior to the issuance of his suspension and remove the ban that was placed upon him from all buildings and grounds of Loudoun County Public Schools.”

Unless an out-of-court settlement is reached between the parties, the case will be heard later this year.

ADF President Mike Farris hailed the decision, saying in a statement on June 8: “Nobody should be punished for expressing concern about a proposed government policy, especially when the government invites comment on that policy. For that reason, we are pleased at the court’s decision to halt Loudoun County Public Schools’ retaliation against Tanner Cross while his lawsuit continues.”

Farris, himself a long-time resident of Loudoun County and former president of Patrick Henry College located there, added: “Educators are just like everybody else—they have ideas and opinions that they should be free to express. Advocating for solutions they believe in should not cost them their jobs.

“School officials singled out his speech, offered in his private capacity at a public meeting, as ‘disruptive’ and then suspended him for speaking his mind. That’s neither legal nor constitutional. Dozens of other teachers have shared their beliefs on various policies without retaliation; Tanner deserves to be treated with the same respect.”

The ADF has won a dozen cases before the U.S. Supreme Court in recent years, including the landmark Masterpiece Cakeshop v. Colorado Civil Rights Commission in 2018, which upheld decorator Jack Phillips’s right to decline to include messages on cakes that violate his religious convictions.