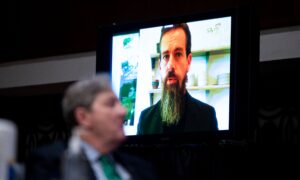 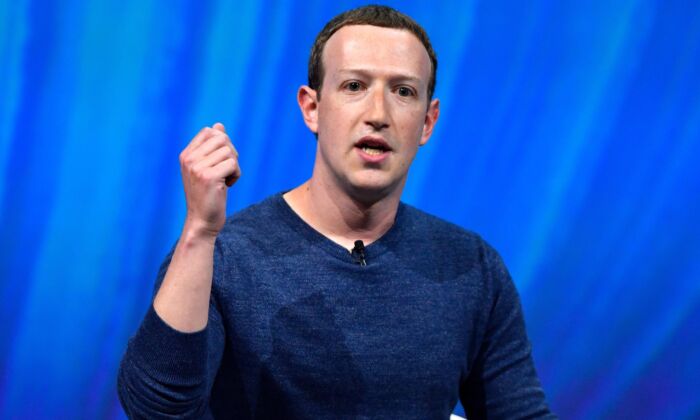 A group that received hundreds of millions of dollars from Facebook CEO Mark Zuckerberg is accused in post-election lawsuits of contributing to constitutional violations in key battleground states.

The Center for Tech and Civic Life, a national nonprofit based in Illinois, provided funding to more than 2,500 election offices across the country to run elections amid the COVID-19 pandemic. Funds were used to pay poll workers, put up ballot drop boxes, and acquire mail-in ballot equipment and supplies.

More than $6 million was doled out to officials in Fulton County, Georgia, and to five cities in Wisconsin, according to lawsuits filed in November. The funds were sent to facilitate violations of state law, the lawsuits allege.

The money was sent through agreements that had municipalities run elections in contravention to state law, according to the lawsuits, which were filed by the Thomas More Foundation’s Amistad Project. Accepting funding from a private group such as the center is barred by state and federal law, the lawsuits allege.

“There is nothing in Wisconsin state law that allows cities and counties to take in millions of dollars sourced to an incredibly wealthy, interested, and partisan actor (i.e., Zuckerberg) in order to ‘assist’ those cities and counties in administering the vote,” the Wisconsin court filing states.

Wisconsin election officials said on Nov. 27 that the filing was full of “meritless legal arguments.”

In the Georgia filing, the Amistad Project says the unregulated private funds from the Center for Tech and Civic Life were used to pay “ballot harvesters,” deputize and pay political activists to manage ballots, and consolidate counting centers in the urban core “to facilitate the movement of hundreds of thousands of questionable ballots in secrecy without legally required bi-partisan observation.”

Zuckerberg and his wife, Priscilla Chan, committed $400 million to the Center for Tech and Civic Life for the nonprofit to assist jurisdictions in running elections.

“Chan and Zuckerberg’s commitment will ensure that every qualified jurisdiction that applies will be approved for the funds they need to ensure that every eligible citizen can vote safely and have their vote counted,” a press release from the center stated in October.

The center was founded by former managers and staff at the New Organizing Institute, a progressive nonprofit that trained Democrat digital organizers. Neither the center nor Zuckerberg responded to requests for comment.

Zuckerberg and his company emerged as a powerful influence on the 2020 elections, The Epoch Times previously reported.

“Democrat strongholds with Zuckerberg money actually cured absentee ballots that were flawed, contrary to Pennsylvania law, while Republican strongholds refused to lie and in addition didn’t have the resources to cure ballots because they didn’t have Zuckerberg funding,” the former Kansas attorney general said.

The agreements between the Center for Tech and Civic Life and cities required cities to develop a plan for their elections and submit it to the center. According to an Aug. 21 agreement between the center and the city of Philadelphia obtained by The Epoch Times, the center agreed to pay $10 million to help the city run the general election amid the COVID-19 pandemic. The deal included a clause that allowed the center to discontinue or withhold part of, or request the return of all or part of any unspent grant funds if certain conditions weren’t met.

Philadelphia’s city commissioners didn’t immediately respond to requests for comment. City Commissioner Al Schmidt wrote on Twitter on Nov. 23: “Despite the avalanche of meritless litigation and misinformation targeting our electoral system, I’m proud to say that the birthplace of our Republic held the most transparent and secure election in the history of Philadelphia.”

Ballot boxes funded by the center were densely placed in Delaware County but few were erected in the 59 counties that Trump won, Kline said. They also showed the consolidation of polling places in a way that disenfranchised Republican strongholds.

“That is a continued election system funded by Zuckerberg where Democrats have every opportunity to vote, including the illegal opportunities to vote. And in the Republican areas, it’s harder, because they closed down in-person polling and so forth. And it’s a violation of Bush v. Gore, it’s a violation of the Equal Protection Clause,” Kline said.

Similar issues, including chain of custody concerns for the ballots placed into the drop boxes, arose in other states, according to Kline. For example, there were issues in Wayne County, Michigan, that prompted two canvassing board members to hesitate to certify the election results.

The Amistad Project filed several cases months before the election, attempting to block the Center for Tech and Civic Life’s funneling of money from Zuckerberg to local and state governments. According to the project, some of the money also went to judges overseeing the election.

The lawsuits didn’t prompt judicial action prior to the election. They’re still being considered.

After those suits were filed, the center said in a statement that it’s nonpartisan. “We are confident that these frivolous charges are without merit, and look forward to continuing this critical grant program in these unprecedented times,” it said.

Several weeks after the suits were filed, Louisiana Attorney General Jeff Landry, a Republican, warned officials across Louisiana not to accept funds from the Center for Tech and Civic Life.

Landry filed a suit “to prevent the injection of unregulated private money into the Louisiana election system and to protect the integrity of elections in the State by ensuring against the corrosive influence of outside money on Louisiana election officials,” according to the filing. It said the center hadn’t appointed an agent for service of process in Louisiana but nevertheless engaged in business in the state in connection with the Nov. 3 elections.

“Whether the defendants here may be well-intentioned, private money in any amount, but particularly the amount of money offered by the defendants to select clerks and/or registrars, has an inherently insidious and corrupting effect,” Landry’s office said in the suit.

Another suit filed in Michigan in October accused Secretary of State Jocelyn Benson, a Democrat, of allowing “partisan operatives” to interfere in the election by giving out funds for printing and distributing mail-in ballots and other efforts. The suit named the Center for Tech and Civic Life. The center called the litigation frivolous and said plaintiffs were “wasting election officials’ time at the voter’s expense, while also peddling misinformation.”

Petr Svab and Matthew Vadum contributed to this report.