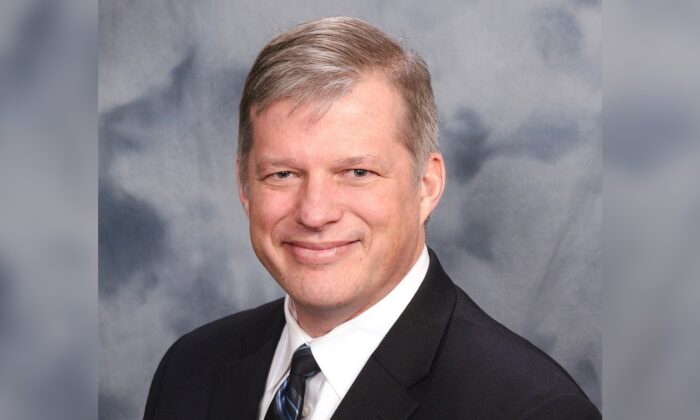 “This is ballot harvesting, and it is illegal,” Kaardal said in a statement.

The complaint against Jeffreys (pdf), cited as Roeser v. Jeffreys, was filed with the Wisconsin Elections Commission on April 21 on behalf of witness Matt Roeser, a voter residing in Green Bay, according to the Thomas More Society. The complaint also identifies Janet Argus and Victoria J. Linssen as witnesses.

“The action is galling enough in and of itself, but when the voters who observed Clerk Jeffreys engaging in this illegal act challenged her, Jeffreys replied that it was her ‘discretion’ to do so,” Kaardal said. “One of the voters addressed Jeffreys, stating ‘You don’t have the discretion. The law doesn’t allow multiple ballots.’ Jeffreys then countered with the words, ‘I have the discretion. I’m taking the ballots.’”

“There is nothing gray about Wisconsin’s election law,” he said. “The clerk’s actions are patently illegal. What’s worse about it is the potential effect on the outcome of some very close elections that were decided via the April 5 ballot.”

Kaardal was referring to the elections in Green Bay City Council District 3 and District 6, in which the victorious candidates squeaked by with a margin of 2.2 percent and 1.8 percent, respectively.

That’s a difference of only 23 votes for District 3’s winning candidate, Bill Morgan and a mere 11 votes for Steve Campbell, who secured the win in District 6, Kaardal pointed out.

“In the context of close elections, questionable, and in this case illegal, actions by election officials can tilt an election in favor of one candidate over the other candidates,” the complaint reads.

Kaardal said that such narrow victories are always a target for challenges and noted that questionable, and in this case illegal, actions by election officials can “upset the apple cart” regardless of the numbers.

“Seriously, if a small group of voters observed multiple instances of illegal activity by the city clerk of Green Bay, how many occurrences went unseen?” he said. “Clerk Jeffreys’s decision to act in a manner contrary to the law has jeopardized the election for everyone. She has risked the integrity of the vote and violated the trust of Wisconsin voters.”

Jeffreys didn’t respond to a request for comment by press time.