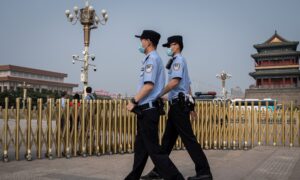 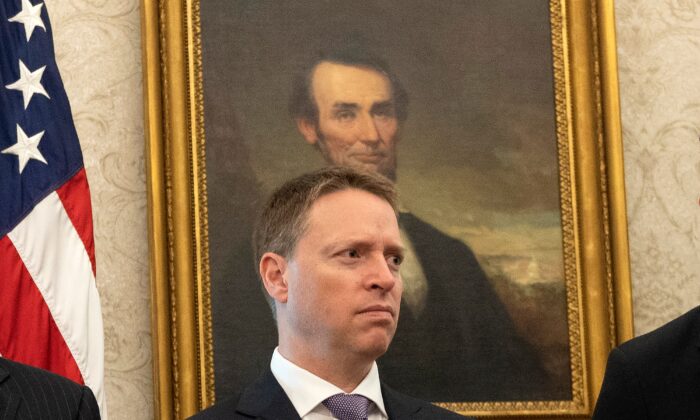 In a rare speech delivered in Mandarin Chinese, a senior White House official called on the world to speak up against the Chinese Communist Party’s (CCP) abuses and malign influence.

“Democracies are safest when we speak honestly and publicly about and to our friends, our adversaries, and ourselves,” said Matthew Pottinger, the deputy national security advisor who plays a key role in shaping the Trump administration’s China policy, in an online address to the U.K. think tank Policy Exchange on Oct. 23.

“By portraying truth-telling as an act of belligerence, autocrats try to badger democracies into silence—and often succeed,” he said in the remarks.

The CCP has been doubling down on covert “united front” work, he said. Touted by Party leaders as a “magic weapon,” united front operations are composed of a benign-sounding network of Beijing-controlled organizations aimed at advancing Beijing’s policies and stifling dissent both at home and abroad.

The CCP’s goal is to coax people and nations into a “paradoxical mindset”—through coopting or bullying—that’s “conducive to Beijing’s grand ambitions,” he said.

“It’s a mindset that on Monday says ‘It’s too early to say whether Beijing poses a threat,’ and by Friday says ‘They’re a threat, all right, but it’s too late to do anything about it now.’”

Pottinger quoted New Zealand scholar Anne-Marie Brady, a pioneering academic on Beijing’s global influence operations, who described united front work as a “tool to corrode and corrupt our political system, to weaken and divide us against each other, to erode the critical voice of our media, and turn our elites into clients of the Chinese Communist Party, their mouths stuffed with cash.”

Brady is currently under investigation by her university after it received a complaint over her new research detailing the Chinese military’s links with companies and academia in New Zealand.

“The idea that being extra friendly to China and hiding some of our candor … would lead to happier bilateral relationships just doesn’t stand up,” Pottinger said during the forum.

He noted the case of Australia, which had previously gone “out of their way to extend warmth to China.” But when Australia had the “temerity” to call for a probe into Beijing’s role in the pandemic handling, the Chinese regime reacted by threatening trade retaliation, he said.

Pottinger said the regime also uses “intimidation and repression” to achieve its goals, such as in the case of Hong Kong. Last year, the city was racked with mass protests over Beijing’s growing encroachment into its autonomy. In response, Beijing this year imposed a sweeping national security law to strip the city of its basic freedoms.

Acknowledging the ideological differences between the CCP and the United States is unavoidable and more than a matter of “cold self-interest,” he said, adding that there is a growing international census to confront Beijing’s aggressions.

He described “reciprocity and candor” as the crux of a more “combative approach” to restore equilibrium in relations with China.

“The great paradox of institutionalized evil is that it can be enormously powerful but also enormously fragile,” he said citing a conversation with Anthony Dolan, a White House advisor for planning who served as a chief speechwriter for former President Ronald Reagan. “What evil fears most is the publicly spoken truth.”