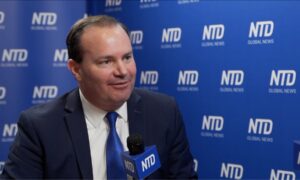 Kash Patel, a former senior official in the Trump administration and key figure in uncovering the facts behind the FBI’s Crossfire Hurricane investigation of Trump’s 2016 campaign, said that he hopes the administration’s legacy of protecting America will not be forgotten.

In an interview with The Epoch Times’ “American Thought Leaders” program, Patel noted that he hopes people will take an actual “interest in the substantive work done in the President Trump administration and step back from the politicization of it to see what we did to safeguard this nation.”

“I think if you actually do that, whether you’re a Democrat, Republican, Libertarian, or whatever, I think you’ll see we successfully executed that mission better than most in modern history,” Patel said.

However, Patel is worried that the legacy of the Trump administration is being attacked by the current Biden administration, which he says is zero for three on significant defense issues in the first three months of their governance.

“I would hope that the administration would stop politicizing the defense of our country, by senselessly and baselessly attacking those that have served in the past, and focus on actually crafting policies to counter China, to counter Iran, to protect our southern border,” Patel said. “Because so far, in the first three months, they’re oh for three.”

Patel noted that although these issues often vary in terms of priority for each administration, essentially they are continuous topics that all administrations have to work upon.

“National security is one of those uniquely apolitical things,” Patel said.

Patel is most known for his work with the House Permanent Select Committee on Intelligence (HPSCI). His team found that Hillary Clinton’s 2016 presidential campaign funded the compilation of a dossier of unsubstantiated claims about former President Donald Trump.

The dossier, which was authored by Christopher Steele, a former British intelligence officer who was simultaneously working for a Russian billionaire with ties to the Kremlin, played a key role in the FBI’s decision to obtain a Foreign Intelligence Surveillance Act (FISA) warrant to spy on former Trump campaign foreign policy adviser Carter Page.

Patel also oversaw some of the most significant actions in America’s Middle East policy, such as the initial steps of the Trump administration to end the forever wars in Afghanistan, Syria, Somalia, and Iraq, and to oversee the team that took out ISIS leader Abu Bakr al-Baghdadi.

His most diplomatic task in the Middle East, though, was his role in overseeing the retrieval of U.S. hostages from places like Syria, which he said was “one of the biggest priorities” for the 45th president, who placed a high emphasis on returning Americans who were detained abroad or held hostage.

Patel traveled to Syria in an attempt to gain proof of life on hostages like Austin Tice and became the first U.S. official to travel to Damascus in a decade.