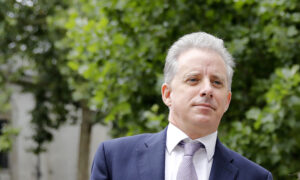 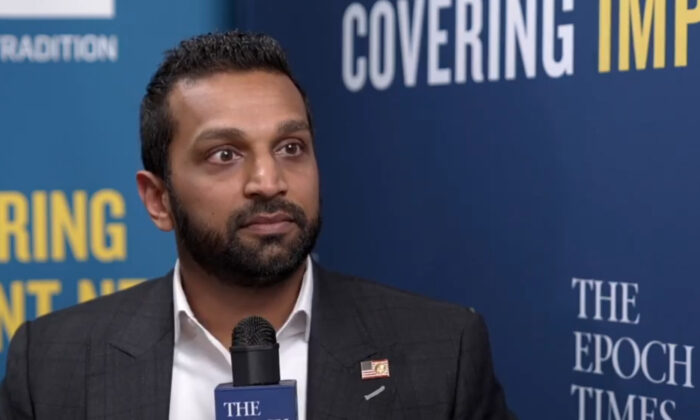 The release of critical documents related to “Crossfire Hurricane,” the FBI’s investigation of former President Donald Trump’s 2016 campaign, was slow-walked and, in some cases, blocked by CIA Director Gina Haspel, former deputy national security adviser Kash Patel said in an interview on Feb. 28.

Trump, on his last night in office, ordered the declassification of previously confidential documents related to the flawed counterintelligence investigation launched by the FBI in July 2016 to investigate allegations of Russian interference in the 2016 U.S. presidential election.

Patel, who assisted the House Intelligence Committee in uncovering wrongdoing within U.S. intelligence in the probe, said Haspel worked to prevent key documents from being declassified. Haspel resigned from the agency on Jan. 19 without explanation.

“The institutional heads of places like the CIA and the FBI were always fighting the release of any documents, and they would claim national security issues—you’re going to harm a source or you’re going to destroy your relationship,” Patel told The Epoch Times’ “Crossroads” at the Conservative Political Action Conference (CPAC) in Orlando, Florida.

“As Richard Grenell and I showed, when he was DNI [acting director of U.S. National Intelligence], there’s ways to do it to reveal to the American public the information while protecting those things.”

“What we can’t have happen is allow the CIA and the FBI to cover mistakes of a few selected individuals just because they’re going to be embarrassed when they’re revealed,” Patel said. “And that’s what we proved over and over again when we did our disclosures.

“We didn’t get all the documents we wanted—there’s one specific report we did that still remains classified that Gina [Haspel] prevented from being declassified while we were there. So, you know, that’s unfortunate, and hopefully one day people will get to see it all.”

Patel didn’t elaborate on which report Haspel blocked from being declassified.

The CIA didn’t immediately respond to a request by The Epoch Times for comment.

The Crossfire Hurricane investigation was taken over in May 2017 by then-special counsel and former FBI Director Robert Mueller. By April 2019, he concluded that there was no collusion between the Trump campaign and Russia during the 2016 campaign, and found no evidence of a criminal conspiracy.

So far, one FBI official, Kevin Clinesmith, has been indicted in a probe by U.S. Attorney John Durham into the counterintelligence investigation. Clinesmith, a former lawyer for the law enforcement agency, was charged with altering an email that was used in the surveillance of former Trump aide Carter Page. He was sentenced last month to one year of probation, a $100 fine, and 400 hours of community service.

A part of the problem, Patel said, was that the same people running the investigations and determining what documents could be declassified were some of the same people who potentially could have been called out, incriminated, or were part of the scandal themselves.

“This is the perfect example of what congressional oversight should look like—Congress is a different branch of government overseeing the executive branch. So that’s what we were doing in the Russiagate investigation,” Patel said.

“We were looking at the FBI and DOJ and CIA, but the problem is Congress doesn’t have tremendous powers like the DOJ or FBI have. So they are able to institutionally protect themselves by just putting the guys in charge and saying, ‘Well, you’re not read into this, and you can’t be a part of the declassification or the review of this material, because it’s outside your lane,’” he said. “So it’s very easy for them to neck it down and close it off, which is what they did.”

“Hopefully they go after more than just Kevin Clinesmith,” Patel said. “He’s just a small piece of it.”

“It went all the way to the top. And I think we’re not able to show that because we don’t have the ability to indict people.

“But what we do have is the following facts: Over 13 high-ranking FBI and DOJ officials were fired, resigned, or retired early as a result of our investigation. Now, that doesn’t happen if you didn’t do anything wrong—you don’t just leave the department that you are a member of or lead for decades unless you were able to prove enough abuse, which is what we successfully did. And I feel as a former prosecutor that some of that abuse was criminal.”