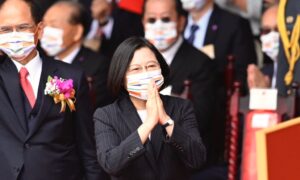 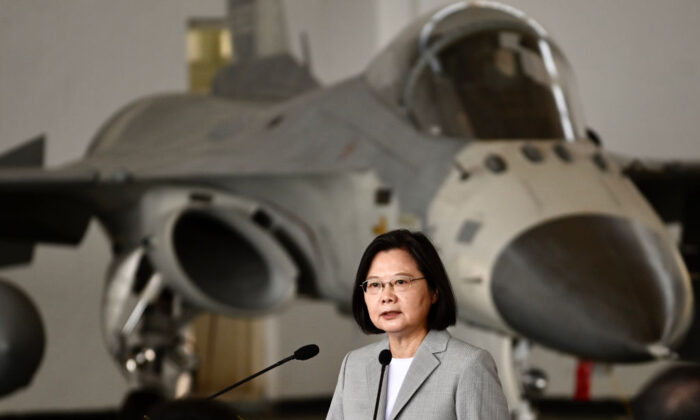 TAIPEI, Taiwan—The Taiwanese government has condemned the regime in Beijing for its harsh treatment of a Taiwanese citizen who was sentenced in China to four years in prison.

Shih Cheng-ping, a retired assistant professor at the island’s National Taiwan Normal University, was recently found guilty of espionage and sentenced by the Intermediate People’s Court in Anshan, a city located in eastern China’s Anhui Province. The conviction was announced during a daily briefing on Nov. 25 by Zhu Fenglian, spokesperson for China’s Taiwan Affairs Office (TAO), an agency under the cabinet-like State Council.

Taiwan’s Mainland Affairs Council (MAC), in a statement on Nov. 25, described Shih’s sentencing as “malicious political entrapment,” and an act that tarnished academic exchanges between the two sides. The MAC is a government agency responsible for cross-strait affairs.

MAC criticized Beijing for making false statements when it said that Shih’s litigation rights were being protected, when, in fact, his basic human rights were ignored, since his family members weren’t allowed to visit him.

“In recent years, under the pretext of safeguarding national security, the Chinese Communist Party (CCP) has arbitrarily arrested dissidents in both China and Hong Kong, in order to strengthen its internal control,” MAC stated.

In addition to the prison sentence, the Chinese court ordered the confiscation of personal property worth 20,000 yuan (about $3,045).

Shih’s case is considered to be another example of the regime’s “hostage diplomacy.” Critics say that Beijing deploys the practice of arbitrarily detaining foreigners living in the country to put pressure on governments with which it has disputes. Other notable examples include China’s detention of two Canadian citizens, Michael Kovrig and Micahel Spavor, just days after Canada arrested Meng Wanzhou, an executive of Chinese tech giant Huawei in 2018.

Shih was one of several Taiwanese citizens subjected to apparently forced confessions in October, when China’s state-run broadcaster CCTV aired them admitting that they were Taiwanese spies.

In his televised confession, Shih said that he was recruited by Taiwan’s National Security Bureau in 2005, and used the opportunities to attend academic conferences in China to collect confidential information about Beijing from 2005 to 2018, according to CNA. That included information about China’s flagship foreign policy project, the Belt and Road Initiative (BRI).

Beijing rolled out BRI in 2013, with the aim of building Beijing’s economic and political influence along trade routes linking China, Southeast Asia, Africa, the Middle East, and Europe.

Alongside the aired confessions and Shih’s sentence, China’s military has initiated a string of provocative air force maneuvers near Taiwan, moves seen as an attempt to intimidate Taiwan while Taipei and Washington work to deepen their relationship.

According to Taiwan’s Ministry of National Defense, China has violated Taiwan’s airspace on 19 days just this month.

Beijing sees Taiwan as a part of its territory and has threatened to use military force to make the island part of the country again. It also opposes the island forming ties with governments or international organizations that might suggest the reality of the situation—that Taiwan is a de facto independent country with its own democratically elected government, military, currency, and constitution.

On Nov. 12, Secretary of State Mike Pompeo told a U.S. radio station that “Taiwan has not been a part of China,” a comment that drew angry responses from Beijing.

China’s hawkish state-run media Global Times, in an article published on Nov. 25, boasted that its recent military exercises in the South China Sea involving amphibious landing ships and stealth missile boats should “serve as a strong deterrent to Taiwan secessionists.”