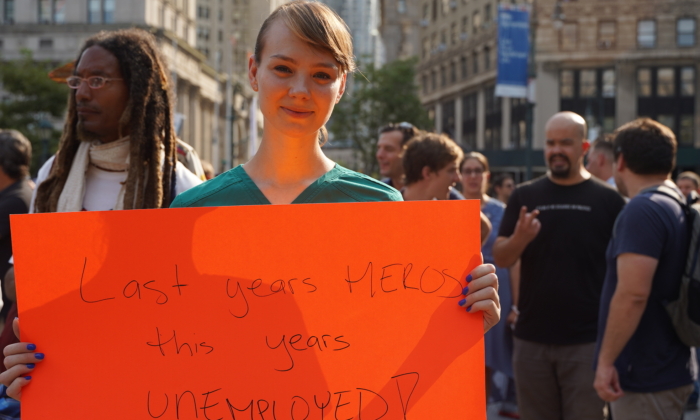 New York officials filed papers this week saying that the state has no constitutional obligation to grant religious exemptions to a COVID-19 vaccine mandate for healthcare staff, in response to a federal lawsuit.

Seventeen nurses were opposing the COVID-19 vaccine mandate, in the majority of cases due to their Catholic belief, saying that having fetal tissue among the vaccine ingredients goes against their principles.

They filed the suit anonymously, saying that their actions would draw attacks from the media that previously praised them for their work during the pandemic before the vaccines were accessible.

The state officials claimed that allowing religious exemptions would seriously “undermine” their efforts to keep the public safe from the virus.

“The state’s efforts to promote widespread vaccination, especially of healthcare workers, in is the public interest and plaintiffs cannot reasonably argue otherwise,” the officials stated, reported the NY Post.

“Reducing the number of unvaccinated personnel who can expose vulnerable patients to the potentially deadly disease in the healthcare setting is of utmost importance. Time is of the essence,” their statement goes on.

“As the fall and winter seasons approach, during which the weather becomes colder and people gather indoors, the likelihood of spread of the highly contagious Delta variant increases.”

Last week, a federal judge temporarily blocked the state from enforcing the mandate.

The healthcare workers maintained that the vaccine mandate would invalidate protection for sincere religious beliefs under Title VII of the Civil Rights Act of 1964.

Specifically, they argued that the mandate violated the First and Fourteenth Amendments, the Supremacy Clause, and the Equal Protection Clause of the U.S. Constitution.