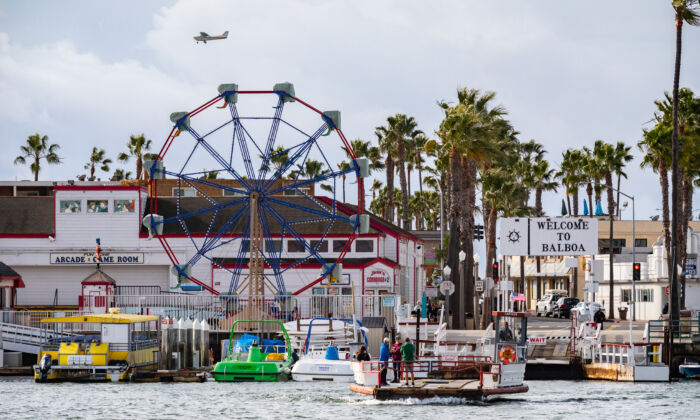 Newport Beach’s Tom Miller: ‘Make Our Community Better for Our Kids and Grandkids’

Politics was never part of Tom Miller’s life until the COVID-19 lockdown.

As the owner of a car detailing company for nearly four decades, he said he feared back in 2020 that he might lose it all.

“And it was not a result of what I did,” Miller told The Epoch Times.

He said for the first time in his life, he saw how the government can have total control over his livelihood.

“They control my family, my business, they closed my beach. I need to run for local office,” he said.

He said he washed cars and worked several jobs to support himself when he first moved to California from Pennsylvania in the 1980s.

By 1985, he started his own business and grew it into one of the most successful auto reconditioning companies in the country with over 800 employees.

He and his family have lived in Orange County for over 40 years and moved to Newport Beach in 2016.

Running against him is Joe Stapleton, Newport Beach businessman and finance commissioner.

Miller said if elected, his priority will be improving the city’s public safety.

According to Miller, the city’s police department has been understaffed for over a decade while the population keeps growing.

Officers are stressed and spread thin, he said, and the city should use a $13 million surplus from 2021 to fix that.

“You cannot put a price on public safety. The minute that you are a victim of crime is the minute it becomes your top priority,” he said.

He said he will also work on establishing more avenues of help for the city’s homeless.

Getting professionals and churches to assist those living on the streets with mental illness is key, he said.

“My position is to get churches involved or form small groups to help visit and mentor these people as if they’re feeling isolated,” he said. “There is no professional on staff at the homeless site that could deal with the mental illness … They have one person that comes in four hours a week. That’s not enough.”

‘A U-Haul Full of Diapers’

According to Miller, his business struggled during the pandemic lockdown, when, for several months people stopped traveling and driving, and he was not able to pay his employees.

However, he found a run-around.

“I said, I can’t afford to pay my people, but I can afford to feed them,” he said.

He said he turned two of his service centers into feeding locations for his employees, and he and his wife rented a U-Haul and filled it with diapers for their children.

“That got me through the toughest of times because it was therapy for me. It helped me when I helped them, because I stopped worrying,” he said.

Regarding what he does in his free time, Miller said he just simply enjoys spending time with his wife of 35 years and their children and grandchildren.

“My wife is the nicest human being—and this is not exaggerated—I’ve ever met,” he said. “Then we have four kids that are just unbelievable. They are just the salt of the earth, good human beings and I could put them in any social setting, and people would adore them. And that is what I am most proud of.”

His family was a big reason, he said, that pushed him to run for office, so his children, grandchildren, and future generations can have a better quality of life.

“It’s time for me to pour what I learned back into my community, not by being the leader, but being the representative of the people,” he said.