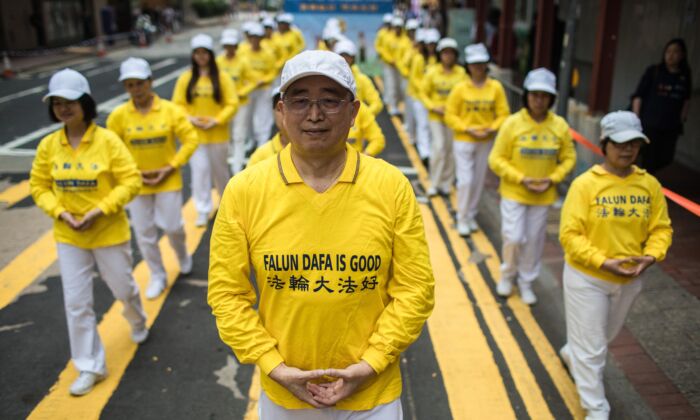 Agents suspected of working on behalf of the Chinese regime tried to pay media outlets in Argentina to publish an article defaming Falun Gong, an ancient Chinese spiritual practice that is severely persecuted in China.

The article capitalized on the pandemic to perpetuate propaganda vilifying Falun Gong adherents. Since the Chinese regime began persecuting the meditation practice in July 1999, it has used propaganda to vilify the adherents.

Falun Gong, also known as Falun Dafa, is a meditation practice with moral teachings based on truthfulness, compassion, and tolerance.

Introduced to the public in 1992, the spiritual discipline quickly grew in popularity. According to a November 1998 report by Chinese state-run Shanghai TV, more than 100 million people practiced Falun Gong in China at the time—greater than the number of Chinese Communist Party (CCP) members.

Fearing that such popularity would threaten the regime’s authority, then-CCP leader Jiang Zemin launched a nationwide persecution, with hundreds of thousands of Falun Gong adherents detained in prisons, labor camps, and brainwashing centers, according to the Falun Dafa Information Center.

On April 2, an editor from a small-sized media outlet in Argentina said that a broker offered to pay him a fee in exchange for publishing an article defaming Falun Gong.

The editor contacted a staff member at another Argentinian media outlet who practices Falun Gong, wishing to inform the Falun Gong practitioner about the article, and recounted his experience. To protect their identities, The Epoch Times has withheld their names and the media outlets they work for.

The broker told the editor that he was hired to do this task by “some Chinese.” He offered the editor 20,000 pesos (about $310) to publish the article.

The Epoch Times obtained a copy of the article. In poorly written Spanish, it claimed that Falun Gong practitioners aren’t allowed to visit a doctor or treat their illnesses at a hospital. It then suggested that adherents wouldn’t seek treatment for the virus.

“What would happen if a large number of these people refuse to go seek medical services in the midst of a global pandemic?” it stated.

The broker tried to publish the same article on Infobae, the most widely read online news media in Argentina—but failed because Infobae “asked for a big price,” the editor recounted. The broker also contacted other local outlets, such as El Cronista Comercial and Diario Popular.

None of the media have published the article so far.

Erping Zhang, spokesman for the Falun Dafa Information Center, said the article has misreported Falun Gong’s teachings, and that this type of misinformation is in line with the pattern of hate propaganda the Chinese regime has spread about Falun Gong since the persecution began.

“It has never stopped spreading rumors and lies and slander about Falun Gong. … They have used these kinds of dirty tactics all these years,” he said.

Ellen Zhong, a Falun Gong practitioner in New York, said the spiritual practice has no such restrictions on adherents’ health choices.

“If you feel sick, you should visit a doctor. If you are healthy, you don’t need to bother the doctors. After practicing Falun Gong, I’m very healthy,” Zhong said. She added that when she first started practicing Falun Gong more than 20 years ago, her physical health improved dramatically within three months.

The Spanish article also listed a series of false allegations about Falun Gong’s development in China.

Based on eyewitness accounts of practitioners who participated in the protests that day, roughly 10,000 adherents lined up along the streets outside the appeals office near the CCP headquarters in Beijing, seeking the freedom to practice their faith and hoping to appeal for the Tianjin city government to release practitioners who had been detained two days before. Western media outlets reported the appeal was peaceful.

Then-Premier Zhu Rongji agreed to meet with Falun Gong representatives that day and promised to resolve the issue. Falun Gong adherents then quietly left the area.