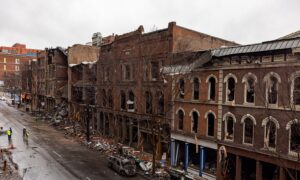 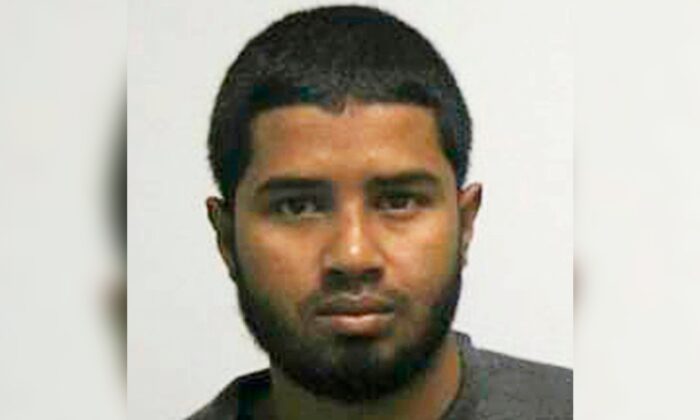 NEW YORK—A Bangladeshi man convicted of setting off a pipe bomb during rush hour in New York City’s busiest subway station, Times Square, was sentenced on Thursday to life plus 30 years in prison.

Akayed Ullah, 31, of Brooklyn, had claimed he wanted to kill only himself and was not acting on behalf of the ISIS terrorist group when he detonated his homemade bomb on Dec. 11, 2017.

No one died and four people were injured in the explosion, which led to the temporary closure of the station and the adjacent Port Authority Bus Terminal during the morning rush. Ullah was burned in what prosecutors called a “lone wolf” attack.

U.S. Circuit Judge Richard Sullivan, who imposed the sentence, told Ullah he had committed a “truly barbaric and heinous crime” without regard for the humanity of those in his way.

“They were just people on the way to work, or school,” Sullivan said. “People who maybe had finished the night shift. … To you, these people were expendable.”

Ullah, who is married and has a 3-year-old son, had faced a mandatory minimum 35-year term.

He told Sullivan he did not condone violence, and apologized to New York City, law enforcement and the United States.

“What I did on December 11, it was wrong,” Ullah said. “I can tell you from the bottom of my heart, I’m deeply sorry.”

Prosecutors said Ullah was angry with then-President Donald Trump and with U.S. foreign policy in the Middle East, and that ISIS propaganda inspired him to kill, maim and terrorize as many commuters as possible.

At the time of the attack, Ullah had a green card, allowing him to live in the United States.

He lived with his mother, sister and two brothers in Brooklyn, while his wife and then-infant son lived in Bangladesh.

Ullah’s lawyer Amy Gallicchio, a federal public defender, called him a “deeply troubled soul” who had been attracted on the internet to the “distorted and radical messages” of extremism.

“He is not an evil man,” Gallicchio said, a sentiment the judge also expressed. “He is not a monster.”

But federal prosecutor Rebekah Donaleski questioned why Ullah chose Times Square to set off the bomb if suicide was his goal.

The bomb materials had come from a nearby construction site where Ullah worked as an electrician.

“It is important to send a message that when you attack New York City, there will be no leniency,” Donaleski said.

Ullah was convicted in November 2018. Sullivan presided over Ullah’s case when he was a federal district judge.