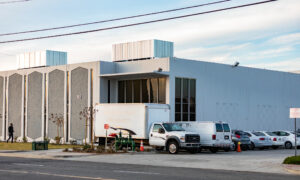 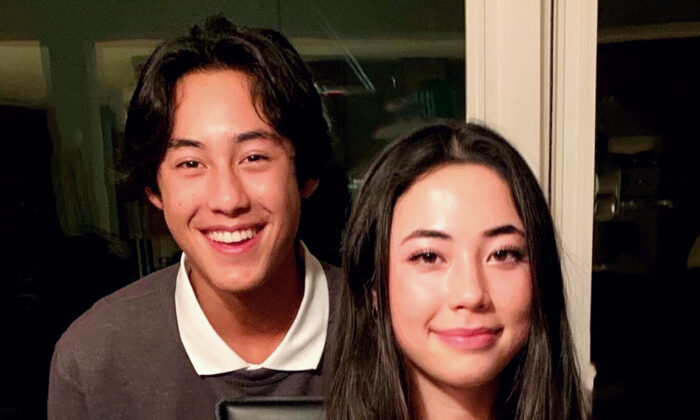 When high school students Zoey and Jake Cutter in Laguna Beach, California, asked their mother what she wanted for Christmas, they got an unexpected answer: She suggested they start a project to help others for the holidays.

“I said that would be the biggest Christmas present I would ever have,” their mother, Stefanie Shelly, told The Epoch Times. “That would fulfill my wish.”

The challenge sparked an instant memory in Zoey’s mind—an image that had troubled her for some time—and inspired a project she launched with her brother to hand out items to those most in need.

About two years ago, she had passed by a homeless woman who frequently stayed on a bench outside the Laguna Beach Library. What caught Zoey’s eye was the fact that the woman was eating a raw hot dog out of a package.

“It was sad to see that, especially in the winter months,” Zoey, 16, told The Epoch Times. “This moment stuck with me as I went home and was able to enjoy a hot homemade meal, while this woman was out in the chilly weather eating cold, raw food. It hurt me that I just passed by and didn’t even stop to buy her a slice of pizza.”

Over time, Zoey was inspired by her mother’s generosity to the homeless in Laguna Beach—offering $5 here, $20 there. Shelly said it wasn’t uncommon for Zoey to call her and ask for extra lunch money because she had spent hers buying food for someone in need.

“Homelessness has always been a problem in Laguna Beach, ever since I could remember,” Zoey said. “Especially during this winter with COVID-19. I began to see more and more homeless, even women and children.”

Zoey said that following in her mother’s footsteps inspired her and her brother, 17-year-old Jake, to embark on the project they launched, weeks before the holiday.

Shelly was skeptical at first.

“I didn’t think they could do it [with only] practically two and a half weeks left before Christmas,” she said.

But she encouraged the pair to start by raising money from friends and family.

“Our friends and family were very supportive of this project,” Jake told The Epoch Times. “They were very generous, and helped us raise enough money to make 30 care packages, even during a pandemic when many people are struggling financially and medically.”

After reaching out to 40 students, the Cutter siblings raised $800—a figure matched by uncles, aunts, and cousins who were impressed by the rapid progress they made.

“Our family … was quick to donate and happy to help our cause,” Zoey said. “We are all very close.”

Two days before Christmas, the Cutters and two of their friends handed out the care packages, which included a wealth of necessities: blankets that double as pillows or jackets, masks, ponchos, hygiene kits, antibacterial wipes, tissues, water bottles, and snacks.

In a surprising twist, the homeless woman who had been seared in Zoey’s memory was the first care package recipient.

“I am a bit shy, so I did not say much and we exchanged smiles,” Zoey said.

The woman, who was accompanied by her husband, said they were especially grateful for the beef jerky—her favorite snack—that was included in the bag.

“The interactions with the homeless were all super positive and kind,” Zoey said.

She said one man asked if she was associated with a church or whether she was just spreading kindness. The exchange ended with him praying for the safety of her and her companions.

A Chain of Generosity

Zoey and Jake say they plan to make holiday care packages an annual endeavor. Meanwhile, they are brainstorming other charity projects for the future.

“I do believe what one puts out into the world will come back to you,” Zoey said. “So by spreading happiness and help in times of need, I hope that one day if I am ever struggling, I will be shown the same.”

For her, these efforts kick-start “a chain of generosity and positivity in the world.”

“If you choose to stop instead of passing by, you might even be the one person out of hundreds who chose to stop and help, and that is an amazing thing,” she said.

“Everything counts,” Jake added. “Whether it is giving a homeless person food, getting to know a homeless person, or making care packages … anything you do will make an impact on someone’s life. Even the little things can make great changes.”