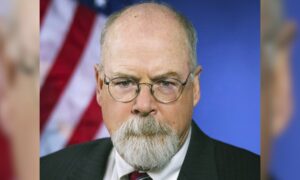 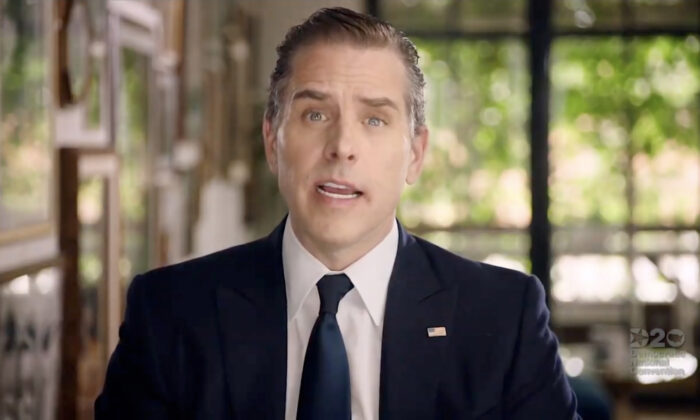 In an interview with CBS News that aired April 4, the younger Biden was asked about the Justice Department probe into his finances.

“I can say this: I am cooperating completely, and I’m absolutely certain—I’m 100 percent certain—that at the end of the investigation, that I will be cleared of any wrongdoing,” Hunter Biden said. “All I can do is cooperate and trust in the process.”

Last December, it was revealed that federal prosecutors in Delaware were investigating the younger Biden’s finances.

“I learned yesterday for the first time that the U.S. Attorney’s Office in Delaware advised my legal counsel, also yesterday, that they are investigating my tax affairs,” Hunter said in a statement at the time. “I take this matter very seriously, but I am confident that a professional and objective review of these matters will demonstrate that I handled my affairs legally and appropriately, including with the benefit of professional tax advisers.”

Hunter Biden’s business dealings became a point of criticism during the 2020 presidential election by then-President Donald Trump and other Republicans, after The New York Post reported on his overseas activities in Ukraine and China. A former associate, Tony Bobulinski, then came forward about an alleged business venture between him, Hunter Biden, the president’s brother Jim Biden, and CEFC China Energy, a conglomerate with deep ties to the Chinese Communist Party, and strongly suggested that the firm engaged Hunter to gain access to his powerful father and connections.

Following the publication of the NY Post’s story, Twitter moved to ban the sharing of links to the article, and a Facebook spokesman told news outlets that it had limited the NY Post’s reach. The move spurred accusations of unfair treatment and censorship.

In addition, Hunter had served from 2014 to 2019 on the board of a Ukrainian gas firm, Burisma Holdings—the subject of a corruption investigation in Ukraine—for a reportedly lucrative monthly salary. Republicans and Trump accused Biden of knowing about Hunter Biden’s role at the company, citing Biden’s public statements about getting a Ukrainian prosecutor who was investigating Burisma, Viktor Shokin, fired. Trump then became the subject of a House Democratic-led impeachment effort that alleged the former president engaged in a quid pro quo scheme after it was revealed that he asked Ukraine’s president to “look into” the matter.

President Biden has denied that he knew about his son’s business dealings in both Ukraine and China. Biden also said his work in Ukraine when he was vice president under the Obama administration was related to rooting out corruption that has long plagued the country.

The younger Biden, meanwhile, has long denied any wrongdoing in his overseas business dealings.