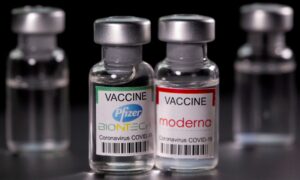 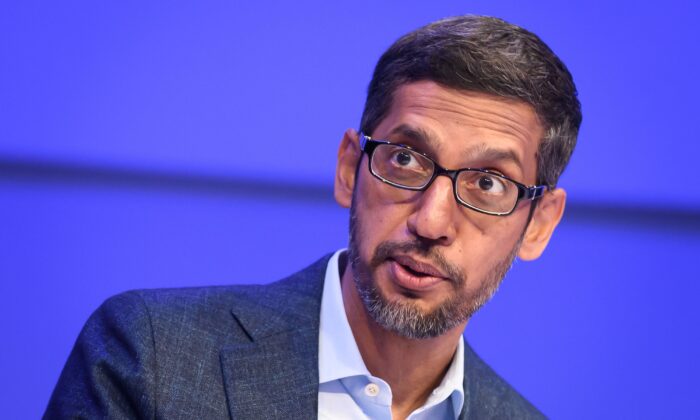 Exemptions include medical or other protected reasons
By Li Hai

Google CEO Sundar Pichai has revealed new policy that will require all employees working on company campuses to be vaccinated against COVID-19, making it the first Big Tech company to announce such a mandate.

“Getting vaccinated is one of the most important ways to keep ourselves and our communities healthy in the months ahead,” Pichai wrote in a letter sent to Google employees on Wednesday morning.

“Anyone coming to work on our campuses will need to be vaccinated,” Pichai continued.

Pichai said Google would first roll out this policy within weeks in the U.S. and then expand it to other regions in the coming months. The implementation would vary depending on local conditions and regulations.

Exceptions would be for “medical or other protected reasons,” Pichai added.

Pichai also announced that Google would delay its return-to-work schedule by extending its global voluntary work-from-home policy through Oct. 18.

A week ago, Apple was reported to delay its return to office schedule from September to October. Apple hasn’t announced if its employees need to be vaccinated to get back to the office.

Recently, the Centers for Disease Control and Prevention (CDC) has repeatedly warned that it believes limited vaccination coverage is “allowing for the emergence and rapid spread of the highly transmissible Delta variant,” which has seen increased cases and deaths, with the variant accounting for over 80 percent of new cases.

Government agencies, and some state and local governments have started mandating COVID-19 vaccines or regular testing following the CDC’s assertion.

On Monday, the Department of Veterans Affairs declared a COVID-19 vaccine mandate for health care workers, becoming the first major federal agency to implement such a mandate.

New York Mayor Bill de Blasio declared on the same day that all city workers would have to either be vaccinated or tested weekly. California Gov. Gavin Newsom announced a similar measure hours later.

The Department of Justice concluded in an opinion on Tuesday that federal law doesn’t prohibit public agencies and private businesses from requiring CCP virus vaccines, even while the vaccines are under the Food and Drug Administration’s emergency use authorization.

A religious freedom group has pledged they will challenge the agency’s vaccine mandate.

On Wednesday morning, New York Gov. Andrew Cuomo also said that he would mandate that all state employees either get vaccinated or regularly tested.