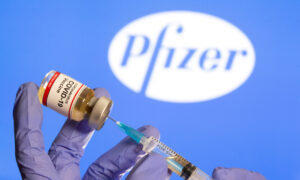 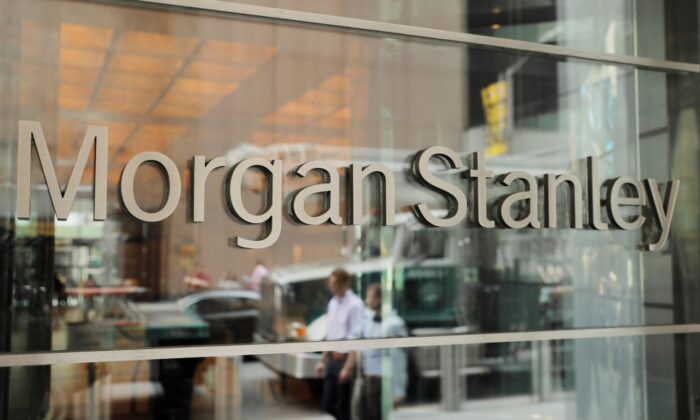 A sign is displayed on the Morgan Stanley building in New York on July 16, 2018. (Lucas Jackson/Reuters)
Vaccines & Safety

Banking giant Morgan Stanley will not allow employees or guests to enter its metro New York City offices without being vaccinated against COVID-19, according to an internal memo.

“Starting July 12 all employees, contingent workforce, clients, and visitors will be required to attest to being fully vaccinated to access Morgan Stanley buildings in New York City and Westchester,” chief human resources officer Mandell Crawley wrote in the memo to employees, which was obtained by the Financial Times and was later confirmed by a Morgan Stanley spokesperson.

Individuals who say they are not fully vaccinated will lose access to the buildings, the memo said. For employees who aren’t fully vaccinated, they can still work at home, according to Crawley.

Crawley’s memo also noted that the “overwhelming majority” of workers have already reported getting inoculated, reported the Financial Times.

It’s unclear if there would be any future penalties for employees who haven’t—or are unwilling—to get the COVID-19 shot. Also unclear is how the company would enforce its vaccination policy.

The Epoch Times has contacted Morgan Stanley for comment. A spokesperson confirmed to Business Insider and other news outlets on Tuesday that the memo referenced in the Financial Times report is authentic.

The investment bank’s chief executive, James Gorman, said during a June 14 conference that “over 90 percent” of the firm’s employees are vaccinated. “If you can go to a restaurant in New York City, you can come into the office and we want you in the office,” he also remarked.

But once the summer is over, he said, Morgan Stanley employees who work on Wall Street will have to return.

“By Labor Day, I’ll be very disappointed if people haven’t found their way into the office and then we’ll have a different kind of conversation,” Gorman said, suggesting there could be a pay cut if employees work outside their designated location.

“If you want to get paid New York rates, you work in New York. None of this, ‘I’m in Colorado … and getting paid like I’m sitting in New York City,’” he added. “Sorry. That doesn’t work.”

The CEO said that the firm will have a flexible COVID-19 policy in different areas, saying that it will implement a hybrid work policy that won’t be “dictatorial” and management will look into requests from individuals to work remotely.