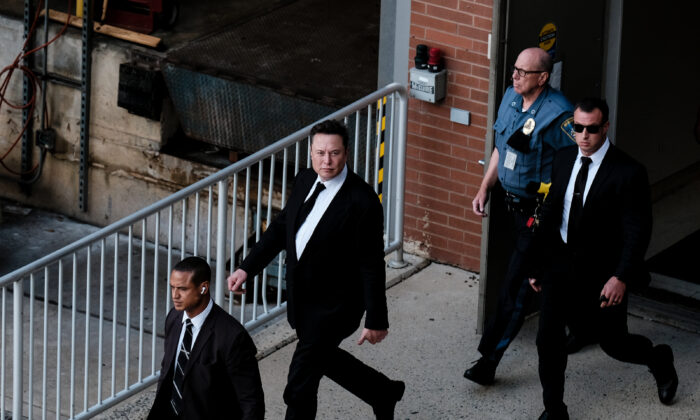 Could billionaire CEO Elon Musk’s purchase of Twitter finally be in the home stretch?

According to a regulatory filing with the Securities and Exchange Commission (SEC), Musk’s acquisition of the social media platform has been unanimously approved by the board, which recommended that stockholders vote for the adoption of the merger agreement.

Shareholders must still vote on the $44 billion takeover proposal. If Musk’s purchase were finalized today, investors would receive a premium of more than $15 per share at the current share price.

Musk responded to the news, posting a tweet on June 21 that “the vote of confidence is much appreciated.”

Speaking in an interview with Bloomberg at the Qatar Economic Forum on June 21, Musk confirmed that there were a few “unresolved matters” before he could seal the deal. For Musk, there are three issues that need to be resolved: fake accounts, shareholder approval, and debt financing.

“There is the question of, will the debt portion of the round come together, and then, will the shareholders vote in favor,” he said.

“There’s a limit to what I can say publicly,” he noted. “It is somewhat of a sensitive matter.”

Musk said he doesn’t want to be at the head of Twitter, preferring to focus on “driving the product.” He has never been too keen on corporate titles, changing his designation to TechnoKing at Tesla Motors.

Over the past month, there have been widespread concerns that the purchase would be called off.

In May, Musk threatened to walk away from the deal, writing in a tweet that his planned purchase was “temporarily on hold” as he waited for details on spam bots and fake accounts, although he reiterated that he was “still committed to acquisition.”

Later, Musk explained that his $44 billion offer was based on the company’s SEC filings being accurate. However, without accurate proof showing that fewer than 5 percent of the company’s accounts are spam, Musk said the “deal cannot move forward” until that proof is provided.

Following a June 6 letter from his legal team that requested comprehensive data, Twitter announced that the tech firm would extend him unprecedented access to the entire “firehose” of internal data.

During last week’s all-hands Q&A meeting with Twitter staff, Musk provided more details on his plans for the microblogging website.

The SpaceX and Tesla Motors CEO told personnel that anonymity is critical for people to freely express their political opinions, something that is crucial for him. At the same time, he considered the concept that users could pay to be authenticated as human through a mechanism similar to the Twitter Blue subscription services, which could rank those users’ tweets higher than others.

For content moderation, something he has consistently lamented, Musk believes users should be able to post “pretty outrageous things” as long as those statements are legal. He reiterated his position that if 10 percent of the far left and far right are upset equally, then Twitter is doing a good job.

After laying off about 10 percent of Tesla staff, there had been a concern that Musk would mirror this measure at the San Francisco-based tech giant. But this action might depend on Twitter’s financial situation.

“It depends. The company does need to get healthy. Right now, the costs exceed the revenue,” he said. “Anyone who is a significant contributor has nothing to worry about.

“If someone is getting useful things done, that’s great. If they’re not, then I’m like, why are they at the company.”

Ultimately, Musk’s goal is for Twitter to have more than a billion users. According to the most recent quarterly report, the website has approximately 229 million monetizable daily active users.

Twitter could soon allow its users to publish long-form content and provide more nuance in their tweets. The company announced on June 22 that it would be merging its newsletter subscriptions into Twitter Write, an aspect of the website that facilitates long-form writing, including Notes and newsletters.

It also announced that it would be launching a new feature that would allow long-form content to be published on the website. Users could produce articles using rich formatting and uploaded media, content that could then be posted and shared with their followers.

Will Musk and Twitter finalize the deal, or will it be abandoned?

With shares wiping out their post-Musk gains and the stock plummeting more than 8 percent year-to-date, investors might not be confident that the acquisition will be completed.

But the base case for some Wall Street firms and market analysts is that the two sides will reach an agreement.

“The Morningstar base case scenario is that the deal closes as advertised. But until then, there are regulatory hurdles to clear, political pressures, and questions around Musk’s own determination to stick with the buyout,” wrote Dave Sekera, an analyst at Morningstar, adding that the transaction would close within six months.

Speaking in an interview with BNN Bloomberg, Dan Ives, managing director of equity research at Wedbush Securities, suggested that Musk is looking for a “scapegoat” to back out of the Twitter deal.

“The whole thing feels like cold feet, looking for a scapegoat—a way to get out of the deal,” he said, adding that the fall in Tesla shares is applying pressure on the Twitter deal.

The consensus analyst rating is currently “hold” and the average price target is $48.06, meaning a 23 percent upside. Rosenblatt Securities lowered its price target by nearly 13 percent to $33, while Piper Sandler boosted its target to $54.20.