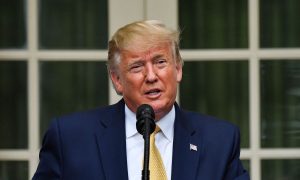 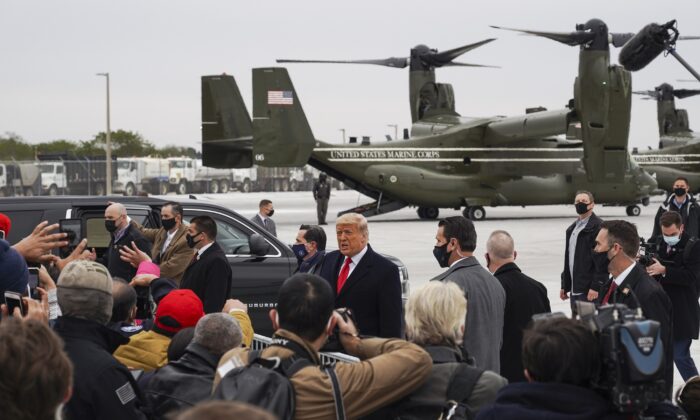 Data on the citizenship status of U.S. census respondents won’t be finalized or released until after President Donald Trump leaves office, putting his push to exclude illegal immigrants from apportionment in jeopardy, the Census Bureau says.

Trump in 2019 ordered executive agencies to share with the bureau information about U.S. citizens and noncitizens, after an attempt to add a citizenship question back to the census was stymied by litigation.

In a separate order last year, the president ordered the government to exclude illegal aliens from the calculations used to apportion congressional seats.

But the Census Bureau failed to meet its statutory deadline for submitting the apportionment data, and on Jan. 16 said it wouldn’t have the information on citizenship ready before President-elect Joe Biden takes office on Jan. 20.

Reports, estimates, or data relating to Trump’s two executive orders “will not be finalized, reported or publicly disclosed prior to the change of Administration on January 20, 2021,” the bureau stated.

Biden opposes most of Trump’s immigration agenda, including the effort to exclude illegal immigrants from apportionment. That means the data may never see the light of day.

The bureau attributed the delay in reporting the data to a Jan. 15 court order in a lawsuit brought by the National Urban League. The order stipulated a 21-day stay. But Department of Justice attorneys told the court in a filing in the case before the order that the bureau wouldn’t be in a position to finalize the apportionment data or citizenship information “until many weeks after January 20.”

“To the extent such population counts or estimates are developed after the change of Administration but prior to the end of the stay, Defendants would provide Plaintiffs with 7 days’ detailed notice prior to reporting or publicly disclosing them,” the bureau said.

The White House hasn’t immediately responded to requests for comment.

Trump’s attempt to gather information on citizenship and exclude illegal immigrants from apportionment data was widely opposed by Democrats, who feared losing seats in the House of Representatives and, subsequently, Electoral College votes, if aliens weren’t counted. A flurry of litigation tried to prevent the gathering and exclusion from happening, but the Supreme Court ruled last month that what the Trump administration was doing was legal.

Since then, the bureau announced that it wouldn’t meet the Dec. 31, 2020, statutory deadline for handing in numbers used to apportion congressional seats—it couldn’t give a date by which the numbers would be ready—and the Census Bureau director ordered workers to stop complying with Trump’s citizenship mandate.