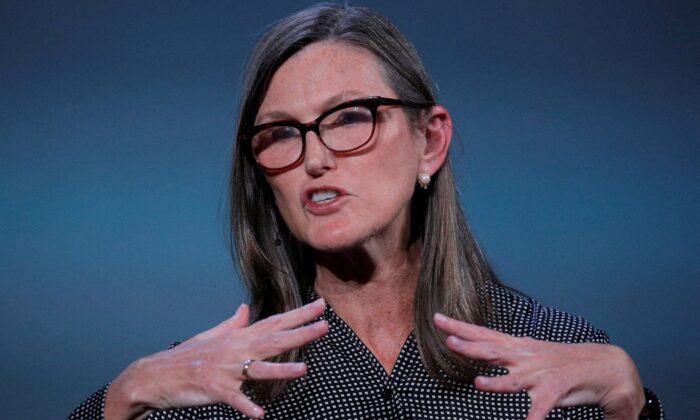 Star stock picker and noted Tesla Inc. bull Cathie Wood’s ARK Invest took advantage of a slump in the electric-car maker’s shares following its results, piling into the stock after months of paring back holdings.

The investment company bought 33,482 Tesla shares on Thursday, worth nearly $28 million based on the stock’s last closing price, across its flagship ARK Innovation ETF and the ARK Next Generation Internet ETF funds.

Shares of Tesla tumbled 11 percent to $829.10, their lowest close in three months, after the company delayed releasing new vehicles until next year because of supply chain disruptions it said could last through this year.

The fund began trimming its holding in the company in August 2021, according to daily trade notifications compiled by Cathie’s Ark, a newsletter service, and online forum that tracks the asset manager.

Tesla is still ARK Innovation’s top holding but its weight in the ETF has dropped to 8 percent from 11.2 percent at the end of October, according to Refinitiv data.

Wood said in September that she has a five-year price target of $3,000 for the stock.

The $11.48 billion ARK Innovation ETF was the top-performing U.S. equity fund tracked by Morningstar in 2020, but ranked among the worst performers of 2021 as rising interest rates weighed on the high-growth, high-valuation companies in its portfolio.

The other top holdings at ARK Innovation, including streaming company Roku Inc., Teladoc Health Inc., and Zoom Video Communications Inc., have slumped between 75 percent and 63 percent in the past 12 months.